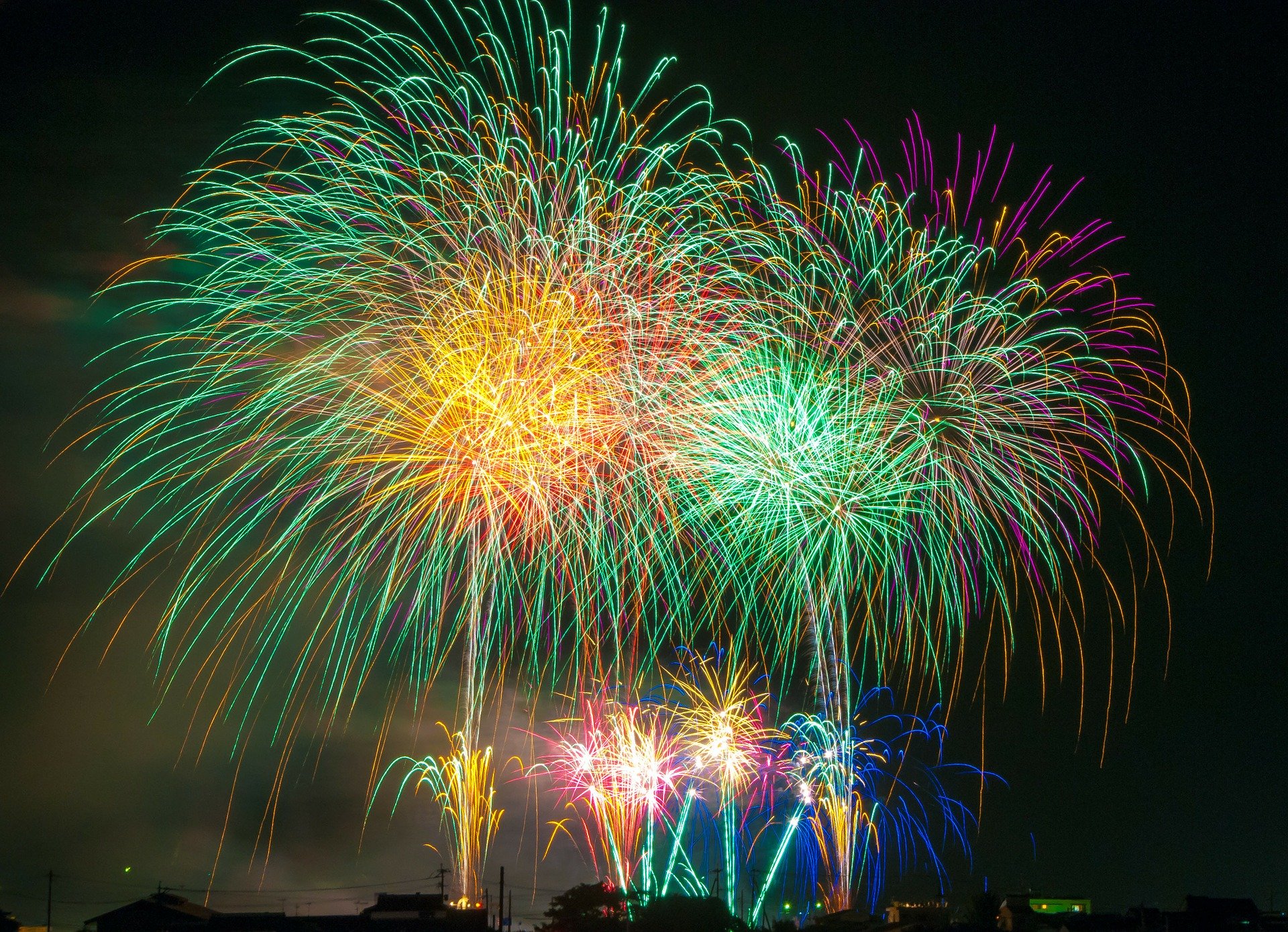 Calamities like Covid-19 taught us the importance of life, in fact, every moment. You never know when life will lock you down at home, detach you from beloved-ones, and put you into a monotonous routine. In such a situation, memories prove to be your best companion; memories of the best things happened in your life, including the festivals.

Undoubtedly, festivals are the best means to bring people together and celebrate things in our life. They not just bring cheerfulness and verve but make an excellent addition to your memory album. No matter which tradition or religion they center on, every festival offers plenty of joy, enthusiasm, and experiences that you can cherish for life-long.

With so many countries, religions, and traditions across the globe, we see a tremendous variety of festivals with the common message of approaching life in a celebratory way. We have decided to introduce you to some of the unmissable and magical festivals in the world. The Top 10 Club has composed a list of top 10 exuberant celebrations from across the globe that you can plan to be a part of through your next tour.

When: The last full moon day of the lunar month (generally in March)

When it is about the biggest festivals, Holi is sure to be on the list. The festival of color is one of the energetic and giant celebrations across the globe. It is an integral festival of Hindu culture, and it is celebrated all over India with full enthusiasm. In Holi, you get a chance to hurl colored powder and colored water on your friends, family members, or strangers.

Holi is said to be a symbolic celebration of the win of good over evil. Also, it is a celebration of the beginning of spring and the end of winter. After the burning of Holika, Holi begins as a day of free color, throwing, dancing, eating, and singing. People also visit their relatives and friends to color them and share sweets and other food items.

If you are ready to get colored or wish to grab the opportunity to ambush someone with a fistful of colors, then Holi is a festival you must attend once in a life. To ensure the tough color fight, you can also use balloons or water guns filled with colored water.

When: Last week of September to the first week of October

Oktoberfest is one of the biggest funfairs in the world happening in Germany. The festival is believed to have originated from Prince Ludwig of Bavaria and Princess Therese of Saxony-Hildburghausen’s marriage celebration party in 1810. The inhabitants were invited to eat, drink, and make merry. After a few years, the tradition turned into the largest celebration in the world.

Oktoberfest is also best known as the world’s biggest beer festival. Yes, you read it right. You get to visit from one beer tent from another and enjoy over a liter of beer. Each year, about 6 million people attend Oktoberfest and drink about 7 million liters of beer. Not just beer, here, you can enjoy some thrilling rides, games, and a variety of traditional food and witness the grand parade.

If you wish to drink Bavarian beer until bellyful and get on a rollercoaster ride, then start packing your bags for visiting Munchin in September.

When: last Wednesday of every August

We are well-aware of throwing tomatoes at a bad performer at the theater. But what if you can throw them literally at anyone without any reason. This is what the La Tomatina festival meant to be. It is strange though the most playful and joyful festival celebrated in Spain. In this fun festival, people discover the joy of tossing tomatoes at friends, family members, and strangers.

La Tomatina started after a dispute at the Giants and Big Head Figures parade, which led a few angry folks to throw tomatoes. Since then, a group of few youngsters continues the fruit fight every year after.

The tomato fight starts when someone from event authorities gives a signal. A number of trucks arrive at the location and provide tons of tomatoes to the participants. Every year around one hundred metric tons of tomatoes meet their fate during the La Tomatina in Bunol. Water is also fired from the trucks into the air across all the corners of the street. The festival is conducted under a strong security team involving professionals from police, fire service, health services, and volunteers that observe the crowd.

Apart from the tomato fight, you also get to attend some big campsite parties with live performances, parades, and fireworks during the festival.

When: Friday before Ash Wednesday and ends on Fat Tuesday, a day before Lent

The Rio Carnival is the greatest celebration in the world held in Brazil every year on the 40 days before Easter. In these five-day celebrations, you will find everything glamorous, loud, and lively. Around two million people get on the street per day during the carnival to witness and enjoy mesmerizing Samba Parade, open-air performances, and parties.

The Samba parade is the main event of this giant festival, which features over 200 Samba schools. The participating schools have to choose a specific theme, costume, music, and lyrics. Also, every group has to follow a particular order to present a choreographed dance. Samba schools practice throughout the year to ensure exquisite samba parades during the Rio Carnival. Over 300 street brands also participate in the Carnival, each one having their place to parade.

Apart from the Samba parade, the Rio Carnival is well-known for its numerous Balls held all over Rio de Janeiro. During the carnival, the entire city turns into a magical place, where you witness mind-blowing scenes that are no less than magic.

The Rio Carnival is one of the festivals that will electrify every cell in you and be in your memories forever.

When: Two Saturdays before Ash Wednesday

The Carnival of Venice AKA Carnevale di Venezia is a giant annual festival in Italy that begins two Saturdays before Ash Wednesday and ends on Shrove Tuesday with the Christian celebration of Lent. Carnival of Venice is primarily known for its elaborate masks. Masking is the primary feature of this festival and an integral part of a carnival tradition.

It is believed that Carnevale di Venezia was first celebrated in the year 1162, but the festival was declined by administrators in 1797 under the rule of the King of Austria. It was restarted in the 19th century by the government as an initiative to lift tourism in the city.

If you wish to see Venice’s most festive and colorful facet, you must head over here during the Carnevale. From entertaining parades to big Venitain masks and Masquerade Balls, you will experience amazing things in this legendary festival at Venice.

When: A week before and including Labor Day weekend

The Burning Man festival was initiated in 1986 when a bunch of people gathered and burnt an 8-foot tall wooden effigy. Apart from the burning man, the event includes many other exciting things like artistic performances, music, installations, and a lot of partying. The best part is, here you don’t need to spend money at Burning Man; you can bring food, shelter, supplies, and anything else you might need.

If you are looking for an event or place for some soul searching and weird partying, then the Burning Man is the best for you.

When: Between February and March

It is a wonderful experience to witness the night sky lit up by thousands of Sky Lanterns. Pingxi Lantern Festival in Taiwan gives you this surreal experience and a visual bonanza. It is an ancient festival that symbolizes the collective hopes and aspirations for the New year.

The Pingxi Lantern Festival is summoned on the 15th day of the first lunar month. It also focuses on the onset of spring, making it one of the best spring festivals worldwide.

Participants at the festival draw their innermost wishes onto paper, or even silk lanterns, and send them off to the night sky. With more than 80, 000 participants, the Pingxi Lantern Festival is undoubtedly the most recognized Lantern Festival throughout Asia.

Besides participating in the lantern event, you can also be a part of Wumiao Temple’s Firecracker event, which is yet another spectacular experience.

When: Two weeks before Shrove Tuesday

If you love parting in fancy dress costumes, then you will enjoy Mardi Gras to the fullest. Mardi Gras is one of the famous Carnival celebrations in the world. The festivities begin on or after the Christian feast of the Epiphany. This giant celebration takes over the streets of New Orleans, USA, for the complete two weeks.

Mardi Gras centers around dressing up and partying. You got to be in the best fancy dress costumes to join the fun. With an exaggerated and wild look, you can mingle among the crowds, dance to live music and marching bands, follow the parades and join a masquerade ball.

Don’t forget, there’s a rule for Mardi Gras, and that is the party until you drop.

When: Usually in June

Glastonbury Music Festival is for true music lovers and artists. If you are the one, you get to attain the festival once in life. It is the largest music festival in the world, with music played on 100+ different stages and over 175,000 in attendance. The grand five-day music festival takes place in Pilton, Somerset, in England.

Glastonbury Music Festival is considered as a major event in British culture. It is inspired by the ethos of the counterculture, hippie, and free festival movements.

When: 17 March every year

St Patrick’s Day event attracts crowd attention with its incredible parades and céilithe. Besides this, you can enjoy drinking Irish beer and whiskey.

However, to join St Patrick’s Day celebration, you have to be dressed in green from head to toe. And if you don’t want to stand out like a sore thumb, consider painting your face too. Also, try learning the Irish word for cheers, i.e., sláinte, to make some noise at this boozy party.

Whether you’re in New York or Dublin on 17 March, you’ll be guaranteed an amazing, memorable time.

This list of greatest festivals across the world would help you plan your next trip and make it unforgettable. If you love to be part of different cultures, connect with different people, and live life to the fullest, then these festivals are meant to be for you.