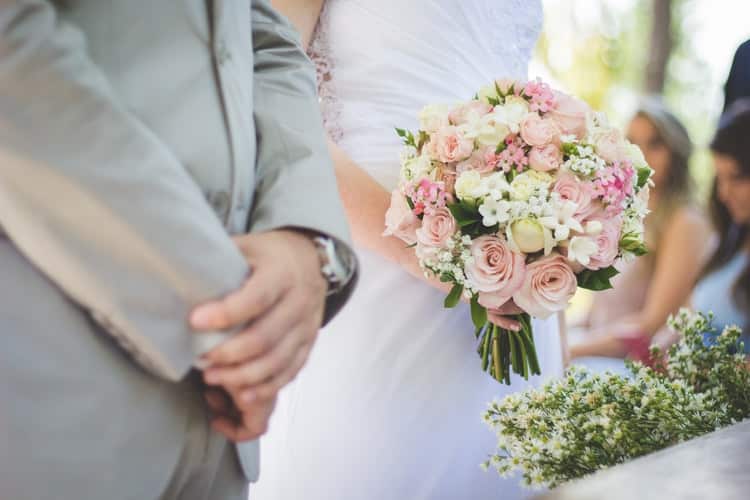 A wedding is the most beautiful moment in everyone’s life. This momentous occasion unites two individuals and begins a lifelong commitment between the couple. Though the purpose of wedding ceremonies is the same across the globe, people follow different rituals and decisions to make this occasion more valuable and memorable.

A few people prefer to get married in a simple way while many folks dream of an extravagant wedding. And for some, the dream comes true. Looking back at history, there were some grand wedding ceremonies that took over millions of dollars to happen. From celebrities to industrialists and royal families preferred lavish weddings that cost them a fortune.

We tend to be curious about such moneyed people and their big-fat weddings. So, let us unleash this curiosity. The Top 10 Club has brought a list of top 10 big-budget weddings in history that would knock your socks off.

On Wednesday 29 July 1981, Prince Charles and Lady Diana Spencer tied the knot in the lavish and costliest wedding ceremony at St Paul’s Cathedral in London, UK. The royal wedding set an unbreakable record and received different tags like a “fairytale wedding” and “wedding of the century.” It was witnessed by approximately 750 million a global TV audience and personally by 3,500 people.

Though the wedding ceremony took place decades ago, no other wedding could even be close to it till the date. Princess Diana’s wedding gown had a major contribution to the giant wedding budget. The dress was covered in 10,000 pearls and had a 25-foot train. Also, the princess was taken to the cathedral in a glass coach. Moreover, the royal couple had to spend a considerable amount on heightened security for the wedding ceremony. The 27 wedding cakes also lifted the wedding budget a little bit.

Vanisha Mittal and Amit Bhatia got married and left the world mesmerized with their sky-high wedding in 2004. Vanisha is the daughter of Lakshmi Mittal -one of the wealthiest men in the world, and Amit is a British-Indian businessman. The wedding ceremony of the affluent couple took place at the historic 17th century Chateau Vaux le Vicomte near Paris. And the engagement ceremony before the wedding was held at the Palace of Versailles following a dinner at the famous Jardin des Tuileries.

Together with these popular places, the hefty wedding budget had a contribution of $330,000 payment made to International recording artists and actress Kylie Minogue to perform for just half an hour. Over 1,000 guests were chauffeured from all over the world by private jet to France, where the wedding rituals lasted six days.

Prince William & Kate Middleton’s wedding is the second royal ceremony in our list that was dubbed as “The Wedding of The Century.” The royal couple united for a lifelong journey in 2011 at a sumptuous wedding event at Westminster Abbey. The ceremony was accomplished in a grand manner deserving of future King and Queen of England. Following the marriage ceremony, Prince William & Kate Middleton paraded through London’s streets in a horse-drawn carriage.

The security alone cost the royal wedding around $32 million. Besides this, Kate’s Alexander McQueen gown by Sarah Burton cost a whopping $434,000, which was a big addition to the total budget. The entire wedding event had cost a fortune to the royal family, which simply means being a king or queen is not easy.

The Irish pop vocal group Westlife was the highlight of the wedding, which cost the couple $670,000 for Serenading them and the guests. What raised the budget was the five private jets Rooney chartered for 64 of their guests. The wedding ceremony of childhood lovebirds was sumptuous. However, the couple received a little assistance of $4.2 million by a magazine for the exclusive rights of their wedding photos.

Another grand wedding that crossed the limit of spending is of Chelsea Clinton and Marc Mezvinsky. The big-fat marriage is obvious when you are a daughter of a former US president and former US Secretary of State. Chelsea Clinton tied the knot with investment banker Marc Mezvinsky in 2010, in a lavish wedding ceremony at the Astor Courts Estate, New York. A romantic view and serene of the Hudson River was the center of attention of the wedding venue.

Though many called it crazy, Liza Minnelli & David Gest’s wedding ceremony was something that can blow everyone’s mind. The singing sensation Liza Minnelli and concert promoter David Gest got married in the over-the-top wedding in 2002 at New York’s Fifth Avenue. From top celebrities to lavish venues and 12-tier wedding cakes, everything was a highlight of this big-budget ceremony, which cost a whopping $ 4.2 million.

Around 850 guests were invited to witness the wedding, including the pop sensation Michael Jackson as best man and Elizabeth Taylor as the matron of honor. The couple did all possible expenses to make their wedding an extravagant ceremony.

Though it was the eighth time, Hollywood legend Elizabeth Taylor ensured her final wedding to be a lavish one. Elizabeth and construction worker Larry Fortensky met in a rehab facility where both enrolled for their drug problems. The couple made vows in a giant wedding ceremony at Michael Jackson’s Neverland Ranch in 1991. It was a star-studded ceremony with top celebrities including Eddie Murphy, Liza Minnelli, and Macaulay Culkin as guests.

The majority of the wedding expenses involved hiring security personnel, which included a former Israeli army officer and 100 security guards. Also, Elizabeth Taylor sported a $25,000 Valentino gown for the wedding day. As the couple spared no expense, their wedding cost reached up to a whopping $4 million approximately.

The legendary music artist Paul McCartney and businesswoman Heather Mills said, “ I do” in 2002 at the castle in Ireland in a costly wedding ceremony that was blitzed with media attention. The couple made significant expenses to ensure a lavish wedding.

Over 300 guests attended the wedding ceremony who were treated to a vegetarian banquet, a ten-piece band, a troupe of Indian dancers, champagne, and cake.

The well-known British model-actress Elizabeth Hurley and Indian businessman Arun Nayar tied the knot twice. The first ceremony took place at the Sudeley Castle in England and the second one at the Umaid Bhawan Palace in Jodhpur. Their extravagance marriage ceremony was the talk of the town for many years.

Elizabeth and Nayar spend a fortune of money to ensure their wedding to be a true event of a lifetime. The marriage ceremony had all the elements of a fairytale wedding, including grand Indian palaces, the English countryside, and a lavish wedding platter. The overall marriage celebration cost the couple around $2.6 million.

Christina Aguilera & Jordan Bratman, the couple from the music background, said “I do” in 2005, in a $ 2.2 million wedding ceremony in Napa Valley, at Staglin Family Vineyard. The marriage happened after an expensive and romantic proposal by Bratman.

Together with other expensive elements, Christina’s $30,000 dress significantly contributed to the big-fat budget.

This list makes you believe no amount of money can be enough for a lavish wedding. You can spend as much as you can to make the special day more special and memorable. However, many of these expensive weddings could hardly last for a long time. Which means seven figures can’t be enough to celebrate a marriage. Thus, no matter how much bucks you spend, the strong bond is the key to a lasting marriage.