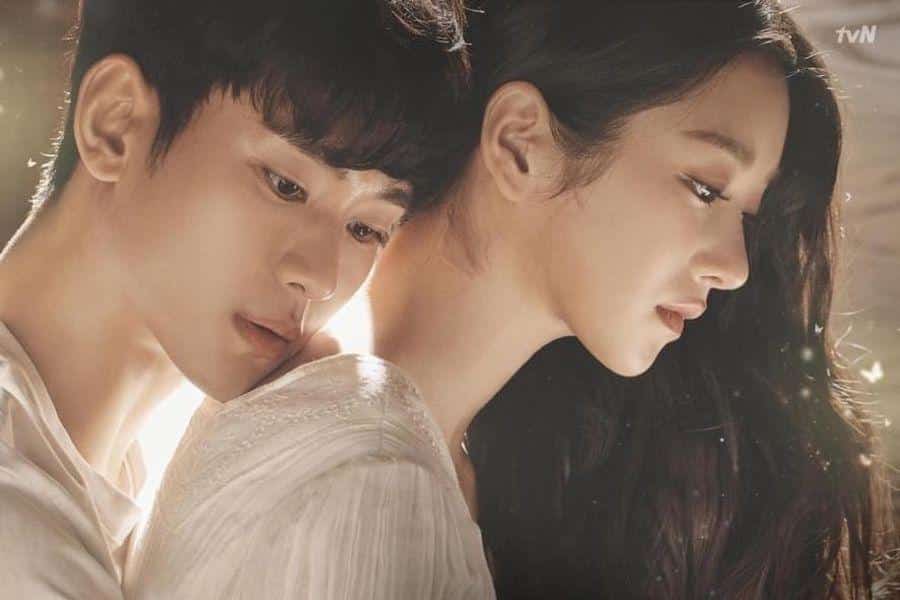 K-dramas are so addictive and amazing that they have become a global phenomenon and being loved by people worldwide. Interesting storylines, intense plot twists, and fantastic star cats, all these elements of K-dramas keep people coming back for.

Be it an action, historical, or comedy, Korean dramas are always on point in every genre.

Talking about romance, Korean television has gifted us with many mesmerizing romantic shows that are enough to melt anyone’s heart.

Here are ten of the best romantic Korean dramas for all die-hard romantics and romantic genre fans. Even if you are not a K-drama fan, these shows will make you the one. They are worth your time as they will offer a great refreshment and break from your conventional watchlist. Check out this list of Korean shows and immerse yourself into the romance.

It’s Okay Not to Be Okay is an unusual love story that gets you on an emotional roller coaster. If you love emotional dramas, this is a must-match. The drama portrays a romantic story between two individuals healing each other’s psychological and emotional wounds.

Moon Gang-Tae, a health worker at a psychiatric hospital, doesn’t have time for love while an antisocial children’s book author Ko Moon-young is far away from the feeling of love. When meeting each other, both love deprived humans begin to understand and heal each other’s emotional pain. As the story advances, the truth behind their connecting pasts that has been disturbing them, also reveals.

It is a very well written and directed drama that you can’t ignore to add in your watchlist. It has a fascinating storyline, powerful cast, strong female lead, and deep meaning behind each episode.

Guardian: The Lonely and Great God is the most popular K-drama with superb OST and a big follower base. The drama was immensely successful, making a place in everyone’s heart with its heart touching love story and subtle romance. Here the romance begins when a bubbly high school girl Ji Eun- tak falls for a 939-year-old immortal goblin Kim Shin.

The show follows a decorated military general Kim Shin, killed by the young king in a flare of jealousy and soon cursed to remain immortal forever. The cursed soul turns into an immortal goblin helping people with his powers. In between, the goblin comes across Ji Eun- Tak, his future bride, who will be responsible for ending his immortality by aging out the king’s sword with his body.

If you have been looking for an unusual love story to get a break from conventional romance shows, Guardian: The Lonely and Great God is the one for you. This unique, incredible, and powerful fantasy story is something you will remember for years.

Crash Landing on You lands on your heart. This out-of-the-world, beautiful love story has left a massive impact on the audience and grabbed the highest ratings. The drama highlights a top-secret love story of two star-crossed lovers, Yoon Se-ri, a South Korean fashion entrepreneur, and Ri Jeong-hyeok, a Captain in the North Korean Special Police Force.

Yoon Se-ri accidentally lands in North Korea during paragliding and meets Ri Jeong-hyeok, falling into his arms when sloping down the tree. Ri Jeong-hyeok gives her shelter and secretly helps her to return to South Korea. In between, he falls in love with Yoon Se-ri despite the dispute and divide between their respective countries.

Crash Landing on You is full of twists, humor, and action that make it worth watching. And the romance between two charming lovers, accompanied by incredible scenery, touches the deepest part of your soul.

Descendants of the Sun is another compelling love story that has hit the peak of popularity. This military romantic drama has broken viewership records with its heartwarming story.

The drama follows a developing love story between Yoo Shi Jin, a special forces officer, and Kang Mo Yeon, a surgeon. Si-jin meets Dr. Kang Mo-yeon in the emergency room and instantly falls for her.

The curiosity about the final destination, the love birds keep you hooked till the end, and the great storyline forces you to binge-watch it. This K-drama has everything you seek from a memorable TV series, including comedy, romance, action, adventure, an incredible cast, and a beautiful soundtrack.

My Love from Another Star is another fantasy love story widely appreciated by the audience. This romantic science-fiction drama follows a beautiful relationship between an alien who landed on Earth 400 years ago and a famous, modern actress.

An alien, Do Min-Joon, who is cynical about humans, gradually changes his views after falling in love with a childish actress Song-Yi. After spending 400 years on Earth, Do Min-Joon will be returning his planet in 3 months. However, he fails to keep himself away from Song-Yi.

My Love from Another Star impressively portrays the developing relationship between two otherworldly individuals and other elements, including crime, mystery, comedy, etc.

Starring Gong Yoo, Coffee Prince is a popular romantic K-drama that has won the audience’s hearts with a strange yet beautiful love story. With its immense popularity, the drama has established Gong Yoo as one of the leads in K-drama. Many know him for his role as Kim Shin in Goblin, but he remains Coffee Prince for the Korean audience.

The drama beautifully portrays an unlikely love story between wealthy man Choi Han Kyul, and a tomboyish girl Go Eun Chan who he thinks as a boy.

Go Eun Chan, a young tomboy woman, is hired by a young food empire mogul Choi Han Kyul to pretend to be his “gay lover” to avoid blind dates set up by his grandmother. Soon, Han Kyul experiences romantic feelings towards the “boy” and gets into surprise and confusion. The story adds homoerotic elements as Choi Han is initially unknown about the tomboy’s true gender.

With the interesting storyline and great chemistry between the leads, Coffee Prince succeeded in grabbing high ratings, multiple awards, and positive reviews.

Secret Garden is an award-winning fantasy, romantic comedy-drama with a huge rating success. The drama tells a complicated yet beautiful love story between two opposite individuals Kim Joo-Won and Gil Ra-Im.

Kim Joo-Won, a young, wealthy, and dashing CEO, is a dream of every woman. While resolving a scandal of his cousin Oska, Kim meets a professional stunt actress Ra-im. Kim finds himself stunned by her cool attitude, and she is constantly on his mind. His feelings for the extraordinary woman overtakes and untangles his luxurious and comfortable life. The two opposite souls tie a knot despite their class differences and manipulative mothers.

This engaging story offers so many elements, including love triangles, comedy, fate, corporate intrigue, class differences, magical potions, etc., which are enough to give it a watch once.

If you admire shows that focus on a pure romance, Something in the Rain is the one for you. This popular K-drama portrays two individuals’ exceptional journey from being “just acquaintances” to “a genuine couple.”

Yoon Jin Ah is a mid-30s career woman dumped by many times as dating and romance, not her cup of tea. Joon Hee, her best friend’s younger brother, returns after three years of working abroad and meets Yoon Jin Ah. He appears as a ray of light in Yoon’s life. Soon, both fall in love with each other despite their age differences.

The story offers an intimate look into how both characters fall in love while facing all the circumstances. The chemistry between the lead characters, pure romance, and simple yet powerful screenplay are the biggest takeaways from this Korean drama.

Your fantasy, romantic K-drama list won’t be complete without Legend of the Blue Sea. It is one of the much-loved K-dramas with an unusual romance story. It follows a beautiful love story between Heo Joon-Jae, a con-artist, and the son of a wealthy businessman and a mermaid Shim Cheong who travels across the ocean to reach him.

A beautiful mermaid Shim Cheong goes to Seoul in search of a human man who she loves. As she manages to live on land, a romantic relationship forms between the two.

The fascinating story, humor, romance, and drama, along with a gorgeous couple facing several circumstances to overcome on their journey to a peaceful life, make this an outstanding drama.

If you love high-school, romance drama Boys Over Flowers has to be on your watchlist. This K-drama has earned great popularity throughout Asia and high viewership ratings in South Korea. It highlights a Cinderella story about the F4 friends and an ordinary girl who breaks their coterie and wins their friendship and the love affections of two of the four boys.

Despite being from a low-income family, Jan-di, a clever girl, joins an elite high school and crosses paths with a gang of four wealthy boys. Joon Pyo, the leader of F4, bullies Jan-di and soon gets attracted to her. But Jan-Di has a crush on Joon’s best friend, Yoon Ji Hoo.

With a touch of humor and amazing songs, this triangle love story wins your heart and keeps you engaged till the end.

This list is enough to make your weekends exceptionally entertaining and delightful. We hope you will enjoy all these romantic K-dramas thoroughly and come back for more interesting shows. 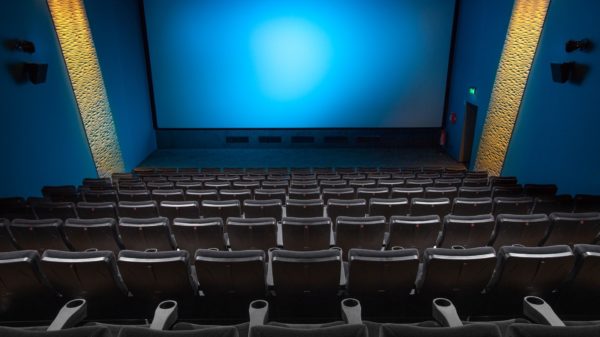 Had a stressful week?  How about watching a movie? It’s time for you to chill out and treat yourself with a good movie!  But...