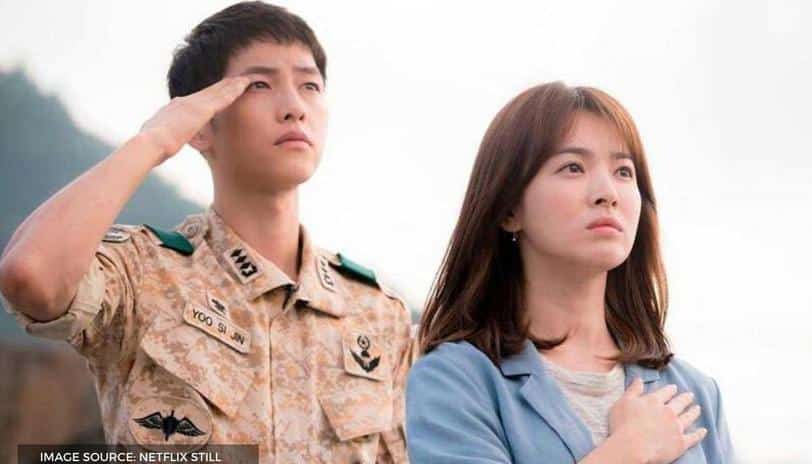 Now, we are told to stay at home as much as possible to prevent COVID-19 spread. However, boredom can eventually make us step out of the house. Among many possible ways, Netflix is the one that helps us stay at home without getting bored.

Wait, did you end up watching all cool Netflix stuff already? Or Are you bored of watching the same violence, crime and sexual content?

You don’t need to lose hope yet! Netflix still has a lot of refreshing content for you that can keep you entertained during the COVID 19. Here we are talking about some of the best Korean dramas.

It is time to give a break to your conventional watch list and try some out of the box Korean drama series. There are plenty of Korean dramas with great narratives across different genres. And we have brought the best ones for you. We have shortlisted the top 10 K-dramas shows with highest ratings, that will give you a feeling of refreshment on Netflix.

Crash Landing on you is one of the most-watched Korean series on Netflix. A top-secret love story between a South Korean successful entrepreneur Yoon Se-Ri and North Korean officer Ri Jeong-Hyeok. Yoon Se-Ri makes an emergency landing in North Korea due to a paragliding accident. Jeong-Hyeok tries to hide her and send her back home.

This cross-border love story serves an excellent blend of comedy, romance and action. It also gives you a trip on the beautiful sceneries and culture of North Korea that will make you fall in love.

Descendants of Sun is a popular Korean drama series portraying the love story of special forces captain Yoo Shi Jin, and a surgeon Kang Mo Yeon. Together they face great events and deadly dangers in a war-torn country. Descendants of Sun is full of action, romance, adventure and comedy. It is a complete package of entertainment with a beautiful story that is worth watching.

If you have decided to spend most of your time on Netflix, then this is a series for you. It won’t disappoint you and will keep you entertained for a long time. All the elements in the series such as war, romance, earthquake, fun and exotic scenery will keep you involved till the last episode.

Guardian: The Lonely and Great God is another best Korean drama with a distinctive, beautiful story. It is a fantasy-drama series portraying the story of a 939-year-old guardian of souls, Dokkaebi, who searches for a bride to free him from the immortal curse. He meets a cheerful and hopeful high school student Ji Eun Tak who has a tragic life.

Aired in 2016, the series got a lot of attention and popularity in a short period. If you love fantasy stories and looking for something different, then “Guardian: The Lonely and Great God” won’t disappoint you. It is different, touching, funny and romantic -all that you need in a perfect drama series.

Itaewon Class is one of the popular Korean dramas with an interesting story of a high school boy and his friends who fight to fulfil their ambitious dreams for their street bar. On the first day of his new high school, Sae Ro Yi forms an enemy Jang Geun Won-a son of a CEO Jang Dae Hee. Sae Ro Yi’s father dies in a motorcycle accident caused by Jang Geun Won. After beating Jang Geun Won viciously, Sae Ro Yi receives prison time. Sae Ro Yi decides to take revenge upon Jang Geun Won and CEO Jang Dae Hee. The story takes a new facet when Sae Ro Yi is released from prison and opens a restaurant in Itaewon with friends.

If you haven’t watched a horror movie/series for a long time, then “Kingdom” needs to be in your watch list. It is an excellent Korean horror drama series based on the story of the deceased King and a mysterious plague. Amidst the rumours about King’s death, the crown prince remains the only hope for people to save them against the mysterious plague. The prince has to fight against the new breed of enemies to reveal the evil scheme and save inhabitants.

It is one of best zombie horror series on Netflix with a fantastic touch of Korean drama. The short but interesting series is getting popular amongst the audience. And you may be the next to be a fan of it.

Something in the Rain is another best romantic Korean drama that must be in your list. The drama series portrays the tragic love life of a woman in her mid-30s. A single career woman

Yoon Jin Ah has been dumped many times by a man because of her reckless, foolish and clumsy behaviour. A ray of hope enters her life when she meets her best friend’s younger brother after years. Their efforts to reconnect blossoms into romance.

If you love romantic shows, the “Something in the Rain” would be the best series for you to watch on Netflix. It is a beautiful, dramatic, and entertaining romantic story giving you a complete delight.

Hi Bye, Mama! is a fantasy-drama portraying the story of a woman who died and gained a second opportunity at life for 49 days. She reappears in front of her young daughter, and a husband who is remarried and has barely started to live a new life.

The drama highlights the importance of family and daily life. Tough it is a fantasy show; it beautifully portrays the realistic view of life when we lose something special. If you are looking for good emotional drama on Netflix then Hi Bye, Mama is the one you must watch. It is full of ingredients that a good show has. It will make you cry, laugh and will touch your soul.

The King: Eternal Monarch is an excellent Korean drama, released in 2020. It is a fantasy show with a mysterious story of parallel universes. The story revolves around two people from a different time period who fall in love with each other. A modern-day Korean emperor Lee Gon enters into a parallel universe through a mysterious doorway. He meets a feisty police detective Jung Tae-eul. Not just a love story, but the drama has a lot more interesting stuff to keep you entertained. It is a short series with a bag full of entertainment. It is thrilling, mysterious, funny, and elegant. The King: Eternal Monarch will be worth your time.

Secret Garden is another beautiful, fantasy love story. It is one of the most popular Korean dramas released in 2010. The narration revolves around two characters Kim Joo-Won (Hyun-Bin), a rich CEO and Gil Ra-Im (Ha Ji-won) a professional stunt actress. Kim Joo-Won is the dream man of every woman. He falls in love with Gil Ra-Im despite the cultural, class and tradition differences. The love story suffers from many challenges caused by different cultural backgrounds and Kim Joo-Won’s disapproving mother. Secret Garden is a heartwarming romantic drama that also offers a lot of fun. It is a perfect show to include in your Netflix watch list.

Romance Is A Bonus Book is one of the best romantic Korean dramas that you will enjoy watching. It highlights the love story of a gifted writer Cha Eun Ho and Kang Dan Yi struggling single mother who was once a famous writer. The love story begins to unfold when both started involving each other’s life more than often. Romance Is A Bonus Book is full of meaningful quotes and suspense, making it a delight to watch. It is another heart-warming romantic series that you should not miss. It serves a great combination of fun, love, romance, and friendship; everything you expect from a good romantic drama.

The list includes both old and latest dramas, though all of them are worth watching during these stressful days. This list will help you bring some refreshment in your usual entertainment stuff and kill your boredom while at home. 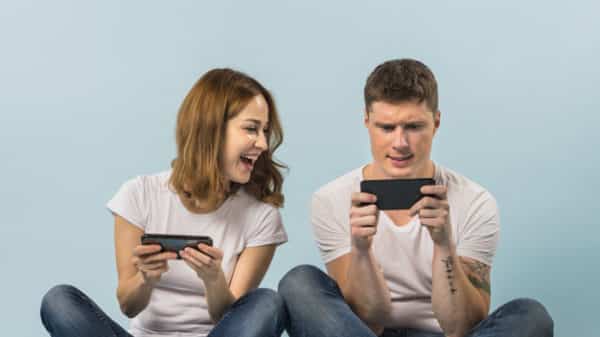