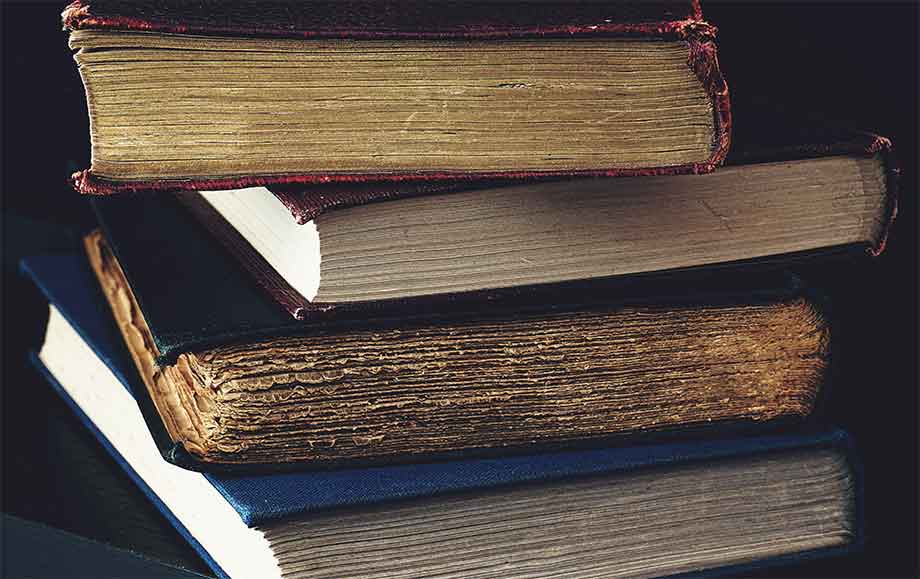 Literature is a vast ocean, and you must deep dive into it to find out the pearls. Like pearls, good novels are rare and precious assets. And once you find them, you cherish them for life. But what makes a good novel from the reader’s perspective?

Is it an interesting figurative language? Or the characters? Or the plot? Or the climax?

The opinions may vary depending on different readers’ groups. However, the greatest novels are meant to satisfy readers’ craving.

Looking back into history, we find some exceptional novels that consist of every feature of a good novel such as the grasping narration, unforgettable characters, incredible dialogues, great climax, and weighty resolution.

The Top 10 Club has made a list of 10 greatest classic novels that would make you believe “old is gold.” Not only bibliophiles, but anyone who is hardly into reading would fall in love with this literature.

1. To Kill a Mockingbird

Published in 1960, To Kill a Mockingbird got instant success, becoming a classic of literature. It is a timeless novel highlighting human behavior and the mutual conscience of The Deep South in the early 20th century.

Harper Lee has perfectly entwined the intricate strands of prejudice, hypocrisy, hatred, innocence, and love, which lead to one of the best novels ever written. The novel bagged Harper Lee, the tag of the most influential author ever, and the Pulitzer Prize for fiction.

Lee’s To Kill a Mockingbird portrays racism in the American South through the innocent, six-year-old Jean Louise Finch. The iconic characters of the novel especially the soft-hearted and a middle-aged lawyer and father Atticus Finch served as role models and transformed the

Its iconic characters, most notably the sympathetic and just lawyer and father Atticus Finch, served as role models and changed opinions in the United States during the high-tension time regarding race.

Its warmth and humor are enough factors to force you to read the novel entirely and repeatedly.

Jane Eyre is a revolutionary novel by Charlotte Brontë. It was first published in 1847 under the alias Currer Bell to disguise the identity of a woman author. Since 1847, thankfully, a lot has changed about women in literature. Charlotte received credit for this remarkable revolution, due to her most-groundbreaking novel about women empowerment.

The novel introduces the most influential fictional character Jane who, despite being orphaned and poor, turned into a strong, independent woman. A Bildungsroman Jane Eyre beautifully narrates experiences of its inspiring heroine, including her adult development and her affection for the brooding master, Mr. Rochester.

If you have been looking for literature on women empowerment, then Jane Eyre is the best novel. It provides a compelling story of self-reliance for women. The novel combines themes from Victorian and Gothic literature and portrays the growth in Jane’s sensibility with internalized writing and action.

The Great Gatsby by American author F. Scott Fitzgerald is one of the towering novels written in history. The novel explores the dissipation of the Jazz Age and a man’s entrance into a world where even people with the most permissive lives cannot earn love.

Published in 1925, The Great Gatsby centers around a cast of characters living in the fictional towns East Egg and West Egg on a prosperous Long Island. The novel is narrated from the perspective of a young man Nick Carraway who has recently shifted to New York City and befriends Jay Gatsby, his unusual, millionaire neighbor having mysterious origins. Jay is passionate about reuniting with his ex-lover Daisy Buchanan, the beautiful former debutante.

The Great Gatsby offers an insider’s look into the Jazz Age of the 1920s in US history and evaluates the idea of the “American Dream.” It explores themes of idealism, decadence, social upheaval, and resistance to change.

If you are comfortable reading an eight-part novel, Anna Karenina can be the best option for you. Initially published in 1878 in a book form, Anna Karenina is one of the best classic novels. It is known to be the greatest work of literature ever of Russian author Leo Tolstoy.

The towering novel Anna Karenina portrays two main characters, a tragic, disillusioned housewife Anna and a landowner Konstantin Levin. The narration revolves around an extramarital affair between Anna and smart cavalry officer Count Alexei Kirillovich Vronsky. Both abandon social standing and flee to Italy in a quest for happiness. After they come back to Russia, their lives further untangle.

Leo has beautifully combined thoughtful discussions on love, faith, betrayal, suffering, and family in imperial Russian society with a big cast of characters known for their realistic humanity.

Anna Karenina was especially out of the ordinary in its treatment of women, portraying social hardships and prejudices of the time with real emotion.

5. One Hundred Years of Solitude

One Hundred Years of Solitude is the famous work of literature by Colombian author Gabriel García Márquez. It is a landmark novel published in 1967 that depicts the seven-generational story of the Buendía family, whose paterfamilias, José Arcadio Buendía, established the town of Macondo, Colombia. This family saga novel is often regarded as one of the highest achievements in literature.

In its fantastical form, One Hundred Years of Solitude explores the magic realism style by highlighting the exceptional nature of ordinary things while mystical things are described to be common. Gabriel emphasizes the pervasiveness and power of folktale and myth in relating Latin American culture and history.

One Hundred Years of Solitude won several awards for Márquez, including the Chianciano Award Italy, the Books Abroad International Prize for Literature of US, Venezuela’s Rómulo Gallegos Prize, and Prix de Meilleur Livre Étranger of France. All the awards also led the way for the Nobel Prize for Literature in 1982.

Beloved is an award-winning novel by American author Toni Morrison and one of the greatest literary works in history. Published in 1987, the spiritual, haunting novel Beloved depicts the story of an African American woman Sethe who escaped slavery. Toni Morrison impressively portrayed the trauma of slavery in Kentucky in the southern US, even when freedom has been achieved.

Beloved highlights Sethe’s emotional pain and guilt after killing her daughter, whom she named Beloved, to save her from slavery. A spiritual figure appears in Sethe’s life, having the same name as the child. The character embodies the family’s hardship and anguish making their past and sentiments inescapable.

The novel was highly praised for addressing enslavement’s psychological impact and the significant role of community and family in healing. In 1988, Beloved received the Pulitzer Prize for fiction and was also a finalist for the National Book Award in 1987.

Things Fall Apart, the debut novel by Chinua Achebe, is an incredible work of African literature. Initially published in 1958, Things Fall Apart is based on the pre-colonial life in the southeastern part of Nigeria and Europeans’ appearance in the late 19th century.

The novel centers around an Igbo man Okonkwo, a famous wrestling champion, depicting his family living in a village in Nigeria and the impact of British colonialism on his mother country.

With Things Fall Apart, Chinua Achebe has set an excellent example of African postcolonial literature, a genre that enlarged and revived in the mid-1900s. The novel is often included for

reading in courses on African studies and world literature.

This is possibly the most distinctive novel on our list. Written by Virginia Woolf, Mrs. Dalloway is based on the two short stories, the incomplete “The Prime Minister” and “Mrs Dalloway in Bond Street.” The novel depicts a day in the life of Clarissa Dalloway, a fictional, British high-society woman. It starts with describing Clarissa’s preparations for her evening party in London.

With a blend of thoughts of various characters and third-person narration, Mrs Dalloway shows a stream-of-consciousness style throughout. With this style, Virginia provided a revealing and personal look into the characters’ minds. The novel mainly relies on character rather than a plot to inform its story.

The characters’ thoughts reflect constant regrets and memories, post-traumatic stress from World War I, struggles with struggles, and the impact of social pressures.

Mrs Dalloway’s unique subject, style, and time setting make it one of the best novels in history. It is one of Virginia’s best-known books and her most regarded and respected works of all time.

Invisible Man is a groundbreaking novel by Ralph Ellison, published in 1952. The novel highlights many social and intellectual issues African Americans faced in the early 20th century. It addresses issues like black nationalism, the reformist racial policies of Booker T. Washington, the connection between Marxism and black identity, and issues of personal identity and individuality.

Invisible Man follows a black man who is unnamed but believes he is “invisible” to others socially, narrates his journey from the South to university, and then to New York City. In each

place, he deals with extreme discrimination and adversity and falling into and out of a job, relationships, and controversial social movements in an ethereal mindset.

Invisible Man is best known for its experimental and surreal writing style that investigates the symbolism surrounding African American identity and community. The novel won Ralph Ellison the U.S. National Book Award for Fiction in 1953 and received huge admiration in various forms.

Written by an English author E. M. Forster, A Passage to India is based on the British Rule and the Indian independence movement in the 1920s. Forster wrote this novel following his several trips to India throughout his early life.

Published in 1924, A Passage to India follows a Muslim Indian doctor Aziz and his relationships with professor Cyril Fielding, a schoolteacher Adela Quested and her elderly friend Mrs. Moore. On a trip to the fictitious Marabar Caves in Bihar, India, Adela assumes that Aziz has assaulted her in one of the caves. Aziz’s trial and its aftermath raise the tension between the Indians and the British colonial community. The chance of connection and friendship between Indian and English people, despite their imperial tensions and cultural differences, is explored in the dispute.

Besides the main narration, Forster has beautifully described the colorful nature and the landscape of India. A Passage to India was listed among the 100 great works of 20th century English literature and awarded by the James Tait Black Memorial Prize for fiction in 1924.

Have a Good Reading Time!

It is rightly said, “So many books, so little time.” It is wise to find the right books that are worth your time. With this list, you can make the most of your precious time. The novels mentioned in the above list are a must-read for everyone at least once in a life. We hope you will enjoy reading each of these novels thoroughly.