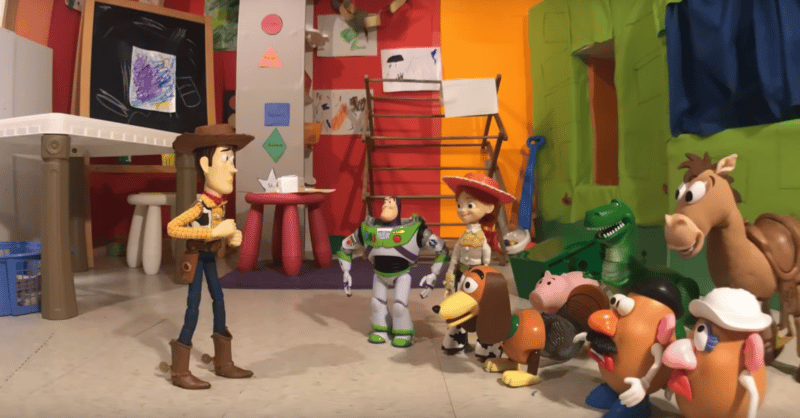 Past ten years have offered us the ultimate entertainment stuff, and movies have remained an integral part of it. Some movies from the last decade have left incredible marks. However, owing to a busy life, many of us couldn’t manage to watch almost all these excellent films.

As the decade has already ended, it is difficult to recall those finest films that you have missed out in the last ten years. As usual, The Top 10 Club has solved your trouble. We have hunted through the huge list and picked the best movies of the 2010s.This list represents movies of different genres with the best ratings by IMDb. Get ready to upgrade your watchlist with the top 10 movies of the decade (2010-2019). Hope you find the list useful.

Many Sci-Fi movies come and go, but only a few can impress audiences. Mad Max: Fury Road is among the few. If you have been a fan of Sci-Fi action films, then this must be included in your watchlist. Released in 2015 and directed by George Miller Mad Max: Fury Road is the fourth chapter of the action movie Mad Max franchise. It stars Tom Hardy, Charlize Theron, and Nicholas Hoult.

It is an apocalyptic story set in a post-apocalyptic wasteland, where humanity is dead, and every human is fighting for the necessities of life. As a result of wars and reducing resources, civilization has collapsed, and the world turned into a desert wasteland. Max, a survivor and drifter, reluctantly joins a rebel warrior Imperator Furiosa to disestablish a tyrant who rules the land’s water supply.

Mad Max: Fury Road has everything that a good action film needs. With a mindblowing adventure and excellent performances, this can be counted among the greatest action films ever.

The film portrays the adventures of M. Gustave, a legendary concierge at a renowned European hotel in the middle of wars, and Zero Moustafa, the lobby boy who becomes Gustave’s most dependable friend. The story revolves around the robbery and retrieval of an invaluable Renaissance painting and the war for an expansive family fortune.

A writer comes across the owner of an ancient popular hotel, who narrates his rags to riches story. The owner tells him about his early years when he was serving as a lobby boy under a legendary concierge. And the tale involves another tale.

If you love listening to a story, then you must give a try to The Grand Budapest Hotel. It is a story within a story within another story. The movie explores war, tragedy, fascism, friendship, nostalgia, and loyalty.

Released in 2014, Boyhood is one of the best coming-of-age drama movies. It is written and directed by Richard Linklater, and stars Patricia Arquette, Lorelei Linklater, Ellar Coltrane, and Ethan Hawke. The story is about the childhood and adolescence of Mason, who grows up in Texas with his divorced parents.

Mason and his sister Samantha with their mother while the father has visitation rights only. Incidents that happen across twelve years frame Mason’s life.

The film covers snapshots of adolescence moments, from family dinners and road trips to birthdays and graduations. If you are tired of watching the action, adventure and crime films, then Boyhood would be the best refreshment for you. The film narrates what it is like to grow up, become mature and live. Boyhood gives you a nostalgia experience and touches your heart as no other film can.

Highlighting the darkest days of American history extraordinarily, 12 Years a Slave became one of the best and award-winning movies in 2013. It is directed by Steve McQueen and stars Chiwetel Ejiofor, Michael Kenneth Williams, Michael Fassbender. The film portrays the story of a free African-American man Solomon Northup who is seized and sold into slavery.

Solomon Northup is promised a fortnightly job by Hamilton and Brown. After arriving in Washington, DC, Solomon identifies that he has been sold into slavery. He faces cruelty by an evil-minded slave owner and unexpected meanness. Solomon struggles to stay alive and keep his dignity throughout the circumstances. After twelve years of his indelible odyssey, Solomon meets a Canadian abolitionist. And this opportunity will forever change his life.

The powerful and gripping story about slavery and the mesmerizing performance of Micheal Fassbender is all that make 12 Years a Slave worth watching and appreciating.

After Mad Max: Fury Road, Interstellar is another best Sci-Fi movie you can add to your watchlist. Directed by Christopher Nolan and starring Matthew McConaughey, Jessica Chastain, Anne Hathaway, Interstellar is an adventure, science fiction movie taking you to the whole new world of imagination.

Earth’s future has been riddled by droughts, famines, and disasters. Professor Brand, a brilliant NASA physicist, is working on plans to survive mankind by shifting Earth’s population to a new planet through a wormhole. A team of researchers travel through a newly discovered wormhole far from the solar system, to find out a new planet as mankind’s new home.

Without a thriller movie, your watchlist is incomplete. Gone Girl – one of the best thriller, mystery movies should have a place in your list. It is an American psychological thriller movie released in 2014 and directed by David Fincher. Gone Girl’s story is set in Missouri and begins as a mystery, which revolves around Nick Dunne, who becomes the main character in the unexpected disappearance of his wife, Amy.

On his fifth wedding anniversary, Nick, a writing teacher, comes home and finds his wife missing. The incident received press coverage as Amy was an inspiration for her parents’ acclaimed “Amazing Amy” book. Detective Rhonda Boney investigating the case finds badly concealed evidence after which suspicion mounts around Nick. His lies, strange behaviour and deception raise a question in every mind -Did Nick kill his wife?

If you like twisted humour, then Gone Girl is a must-watch for you. Its first hour sets the stage, and then the fun actually begins.

Toy Story is one of the most popular series of movies. If you’re planning to spend a good time with family then watching Toy Story 3 would add more fun. Directed by Lee Unkrich, Toy Story 3 brings Buzz, Woody and the whole gang back. With this instalment, Lee Unkrich has brought more fun and adventures for you.

Any owner of toys prepares to leave for college, and his loyal toys are erroneously delivered to a daycare centre, where they deal with untamed tots. Woody, a brave leader, reassures the other toys that they were not dumped and took them on a mission back home.

The movie brings you back in childhood and makes you laugh hard (out of loud). After a stressful week, Toy Story 3 can be a good treat to refresh your mood.

At some point, you must have been curious about the innovation of popular social media platform Facebook. The Social Network is there to answer all your curiosity about Facebook, and it’s a legal dispute. It is an American American biographical drama movie directed by David Fincher and stars Jesse Eisenberg, Justin Timberlake, Andrew Garfield, Armie Hammer, Tyler Winklevoss, and Max Minghella.

A Harvard student and computer programming genius Mark Zuckerberg (Jesse Eisenberg) starts working on his new idea. His passion for blogging and programming leads a revolution in communication and to a global social network. Together with his friends, Mark builds a social networking site named Facebook. Within six years, Mark Zuckerberg becomes the youngest billionaire in history. However, his success leads to some legal and personal complications.

The Social Network is all about the timeless story of loyalty, friendship, betrayal, and greed. The movie can be a good break to your watchlist comprising the same crime, action and adventure movies.

If you have been looking for a combo of emotional and funny drama, then Lady Bird is the best for you. It is a highly entertaining comedy-drama film in 2017 directed by Greta Gerwig. It is a directorial debut of Greta starring Saoirse Ronan, Laurie Metcalf, Lucas Hedges, Tracy Letts, Beanie Feldstein, Timothée Chalamet, Lois Smith and Stephen McKinley Henderson.

A teenage girl Christine Lady Bird McPherson deals with several ups and downs in her relationships while her senior year in high school. Christine longs for sophistication, adventure, and opportunity, but couldn’t find any of this in her Sacramento Catholic high school. Despite the current circumstances and her mother’s insistence that they cannot afford the fees, Lady Bird applies to east coast colleges.

The movie beautifully portrays Christine Lady Bird McPherson’s journey and her relationship with her mother. It is a delightful piece of nostalgic joy.

The one more science fiction! We couldn’t resist adding this into our list. Inception is one of the best action-thrillers released in 2010. It is written and directed by Christopher Nolan and stars Leonardo DiCaprio, Ellen Page, and Joseph Gordon-Levitt. Inception is about stealing corporate secrets through dream-sharing technology.

Dom Cobb, a skilled, professional thief steals corporate secrets by entering the target’s dream. Cobb’s unusual ability turns him into a master player into the world of corporate espionage. However, it also cost him all that he loved. Cobb is being offered to wipe clean his criminal history as a reward for accomplishing the impossible, inception. Saito wants Cobb to perform inception on his competitor’s son.

If you have been a fan of Leonardo DiCaprio, then this movie must be into your watchlist. As usual, Leonardo wins our heart with his exceptional performance.

This movie list of the 2010s is enough to cheer up your weekend days and bring refreshment into your daily life. Hope you find all the movies worth your time and enjoy them thoroughly.