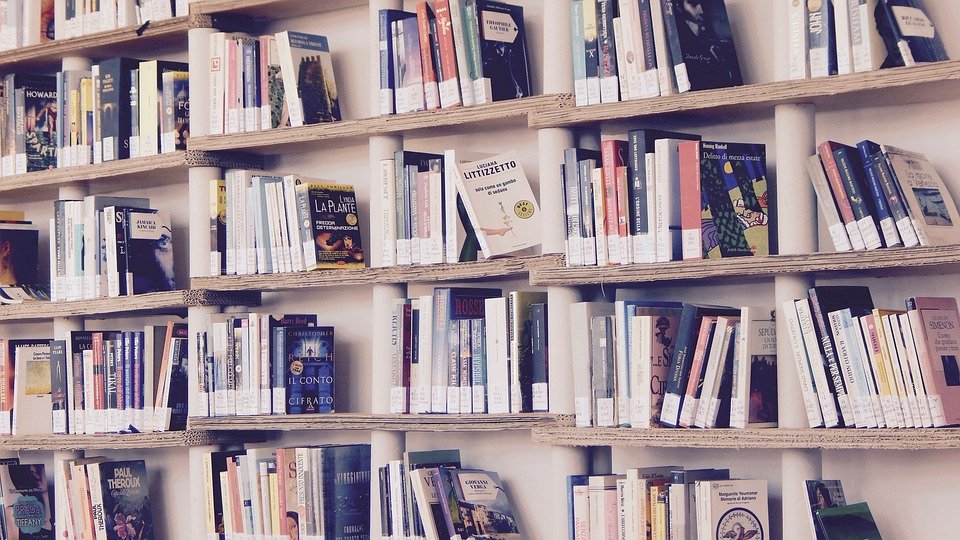 Have some leisure time? Want to read a good book?

Of course, you don’t want to waste your free time searching for that good book.

Believe it or not, but this is a real struggle of all readers, especially the newbies.

Every decade brings a bag full of engrossing literature. Likewise, the 2010s has gifted us with a treasure of amazing books that we can cherish for years ahead. And we have gone through the  2010s book collection to pick the best ones for you.

Here we have listed some of the most popular and must-read books of the 2010s, that you can add to your reading list without any doubt. We have chosen books that are worth reading now and forever.

Hope you will find your “perfect piece of literature” here!

Source:- The Every Girl

If you have been in a quest for a good fiction novel, then Americanah is the one for you. An award-winning novel Americanah portrays the story of a young, beautiful, and self-assured Nigerian woman, Ifemelu, who heads for America to attend university and discovers what it means to be a “Black Person” for the first time. It is written by the Nigerian author Chimamanda Ngozi Adichie and won the 2013 U.S. National Book Critics Circle Fiction Award.

Despite her academic success, Ifemelu struggles to get a minimum wage job in America due to racism and the many other racial distinctions. Together with her struggle in America, the book also highlights Ifemelu’s beautiful love story. She and Obinze are in love as they leave military-ruled Nigeria for the West. Obinze had anticipated joining Ifemelu in the U.S., due to the circumstances after 9/11 he couldn’t. He instead gets into an undocumented, dangerous life in London. After fifteen years, they meet in a newly democratic Nigeria.

Integrity, independence, community, love and truth about American dreams- is all you will find in Americanah.

If you love to read biographies, then “Educated” must be in your list. It is an unforgettable memoir based on the life of Tara Westover- a determinant girl in a quest for a better life and education. Tara Westover, the author of Educated, has beautifully described her unsurpassable, exceptional upbringing and her determinant journey.

Born in the mountains of Idaho in a Mormon fundamentalist family, Tara Westover chooses to live a different life. Her quest for education transformed her and took her over oceans and across continents, to Cambridge and to Harvard University.

“Educated” is one of the best books that describes the power of education, open eyes and changes lives. With a truly inspiring and amazing story, “Educated” becomes a must-read book of the 2010s.

If you are one of the fantasy book admirers then “ The Night Circus” is a must-read book for you. It is a fantasy, romantic novel by Erin Morgenstern. It is one of the best sellers of the New York Times. The Night Circus is about two stars crossed magicians Celia and Marco who engage in a deadly game. The story pulls you into a dark and dazzling world, which is out of a dream.

The circus Le Cirque des Rêves arrives without warning and leaves without notice. It is only from sunset to sunrise. It is a completely unique experience with many breathtaking surprises. Behind the scenes, an awful competition between two young magicians, Celia and Marco, is underway. Both magicians have been trained for this duel since childhood by their mercurial instructor. In spite of being magically bound to a deadly duel, both magicians fall in love with each other.

The novel is magical, spellbinding, enchanting, and mesmerizing. No other reason needed to start reading “The Night Circus”.

Sometimes you crave for a book with a deep story and characters. And The Heart’s Invisible Furies is that kind of book. Its heartbreaking, unforgettable and humorous story thwould immerse you thoroughly.

It is a best-seller novel written by John Boyne and has won the 2018 Goldsboro Books Glass Bell Award. The Heart’s Invisible Furies portrays the story of Catherine Goggin and her son Cyril Avery who is born into a scene of tremendous violence.

A teenage girl Catherine Goggin is dismissed from her rural Irish community after knowing about her out of wedlock pregnancy. Catherine is adopted by a couple through the intervention of a hunchbacked Redemptorist nun. The opening episode of the novel is described by the child in Catherine’s womb – Cyril Avery, who is adopted by a famous Irish female novelist.

Simply put, “The Heart’s Invisible Furies” will make you fall in love with the characters, and have your heart fully ripped out.

History books- many of us avoid them from school time. However, Homegoing- the powerful novel will make you a fan of historical fiction. Published in 2016, “Homegoing” is historical fiction written by Yaa Gyasi. It won the 2017 PEN/ Hemingway Award 2017 and NBCC’s John Leonard Award. Homegoing’s every chapter highlights a different descendant of an Asante woman, beginning with her two daughters -half-sisters.

The narration revolves around the two half-sisters who are separated by circumstances and unaware of each other. Both sisters live a different life. One marries an Englishman and lives a luxurious life in the Cape Coast Castle; while another sister caught in a raid and imprisoned in the same castle and sold into slavery. In Homegoing Yaa Gyasi has extraordinarily described slavery and a troubled legacy.

Homegoing is a horrific and incredible look at history, slavery and colonialism in America and Ghana, across 250 years.

Whether you are male or female, Sabrina & Corina: Stories is the best fiction book you should read. It is a women’s fiction novel written by Kali Fajardo-Anstine. It was a finalist for the National Book Award. This haunting debut story collection highlights the Latinas of Indigenous descent who live in the American West. It is a moving narration of implacable feminine power. It is about mothers and daughters, friendship and the deep-seated truths of our homelands.

Kali Fajardo-Anstine’s captivating story collection revives her Latina characters of indigenous descent and the land they live in the American West. The women navigate Denver, Colorado–a fierce and exquisite land, with grace, caution, and quiet force, just like they navigate their lives.

Masterful storytelling and unforgettable characters would make you fall in love with this book.

Haven’t read science fiction for a long time? Then give a try to Ready Player One. It is a fantasy and science fiction novel by American author Ernest Cline. The story is about 2045, where reality is quite ugly. The protagonist Wade Watts is in search of an Easter egg in a virtual reality world-OASIS created by eccentric James Halliday. Wade is jacked into the OASIS where he really feels alive.

James Halliday promises his huge fortune to the first individual who finds a digital Easter egg concealed somewhere in the OASIS. Wade Watts cracks the first clue but is suddenly attacked by rivals to win this prize. The race keeps going, and the ultimate way to survive is to win.

Overall, the book will take you on a tour of a video game that you would love to play.

Treuer has narrated an extensive exploration of the development Native Americans have had in acquiring cultural/political autonomy within the US after the massacre at Wounded Knee in 1890. He describes how the ravage of each era emerges new ways of survival.

If you are looking for some different yet interesting story then The Great Believers is for you. It is a library/domestic fiction novel by Rebecca Makkai. It was a finalist for Pulitzer Prize And National Book Award and also named among A New York Times Top 10 Book Of 2018. It portrays the recovery and friendship against the loss and tragedy set in 1980s Chicago and contemporary Paris.

Yale Tishman- the development director in Chicago, begins to witness success in his career as the AIDS epidemic grows in the land. Yale’s friends are dying one by one. After his friend Nico’s funeral, the virus reaches Yale himself. The only person Yale has left is Nico’s little sister Fiona. After thirty years, Fiona is in Paris searching for her daughter who lost into a cult.

The Great Believers is a heart-wrenching, beautiful and harrowing story that is worth reading.

If you have gone through depression or anxiety yourself at some point or your closed has, then Reasons to Stay Alive is the best book to read and recommend.

Reasons to Stay Alive is an autobiography written by novelist Matt Haig. It is based on life experiences of living with major anxiety and depressive disorder.

Matt Haig shares his story and describes how depression and anxiety caught him by surprise, ruined his life completely, and how he overcame the tough phase of life. Reasons to Stay Alive gives hope and reminds you of all the things that can bring you back from the dark.

Reasons to Stay Alive is one of the best books about depression that actually makes sense. It

These were our exclusive picks from the treasure of books in the 2010s. Each book from this list will make most out of your time. As you can’t judge a book by its cover, it is best to read out all the books and make your 2020 worthwhile.