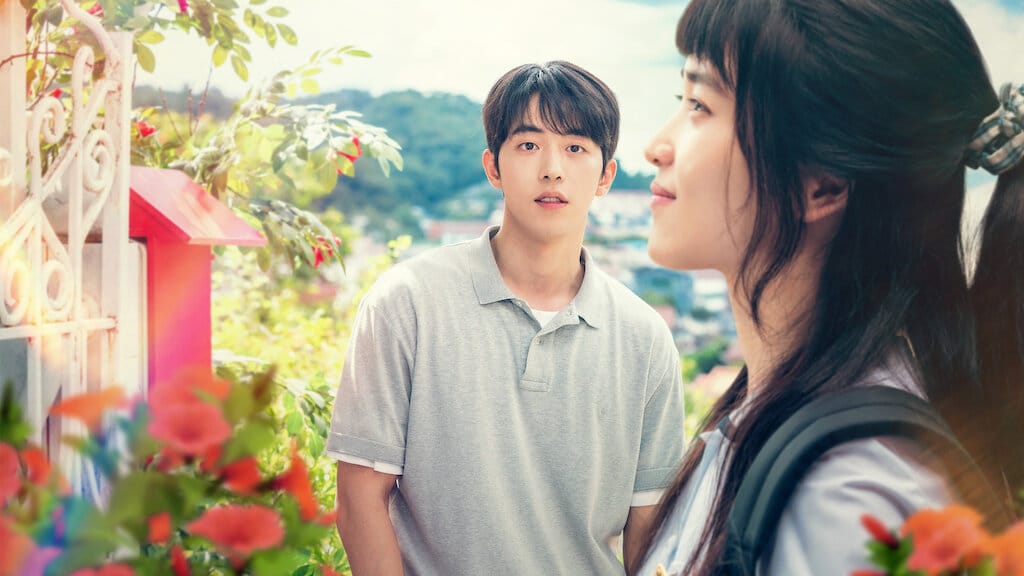 No one does romance like the Koreans do! K-Dramas are the go-to fix for beautifully written, well made love stories. And the good news is, they’re readily available worldwide on big streaming platforms like Netflix and Disney Plus. Here are the 10 most recommended recent romantic K-dramas you can start binging now!

Sparks fly on a seaside town between a pretty dentist from the big city and the town’s beloved handyman.

When Yoon Hye Jin (Shin Min Ah) makes a bold move to uproot her glamorous life to the coastal town of Gongjin, she thinks she’s going to stay temporarily, make enough money as the only dentist in town, and then head back to Seoul. That’s before she meets Hong Du Shik (Kim Seon Ho). The handsome jack-of-all-trades works all kinds of odd jobs, refuses to get paid above the minimum wage, and loves to annoy Hye Jin any chance he gets.

The love-hate dynamic between Hye Jin and Du Shik is just perfect for enemies-to-lovers enthusiasts. They bicker, they make up, they fall in love… all against the backdrop of a lovely city by the sea.

Na Hee Do (Kim Tae Ri) only has one love in her life : fencing. But the IMF financial crisis in 1997 (an actual event) wipes out her dream. Funding for her school fencing program got cut due to the recession and she’s left without a place to train. Not one to give up, she fights against all odds to get into the school with the best fencing program, which her idol happens to attend.

Along the way, Hee Do runs into the mysterious Baek Yi Jin (Nam Joo Hyuk), a gentle comic book store clerk who assists her along the path toward her dream and ends up becoming another love of her life.

Fans of the “cold CEO meets charming poor girl who thaws his heart” trope will be duly satisfied by this frothy rom-com.

Shin Ha Ri (Sejeong) regularly helps her rich BFF Jin Yeong Seo (Seol In Ah) get out of suffocating blind dates by posing as her. One day, things go awry when she realizes that the latest man Yeong Seo is set to meet is Ha Ri’s own boss Kang Tae Mu (Ahn Hyo Seop). Things get complicated when Tae Mu, tired of being harassed by his grandfather to meet girls, decides he will just date Ha-Ri-who-poses-as-Yeong-Seo, not knowing she’s one of his employees. Fake identity hijinks ensue, but could the spark that fly between them actually be real?

Fans of reunited ex-lovers trope will get a kick out of this sweet, understated romance.

After becoming the subject of a documentary together, highschoolers Choi Ung (Choi Woo Shik) and Gook Yeon Su (Kim Da Mi) fall in love and begin dating. But like most puppy loves, their relationship ends pretty badly.

Many years later, the clips they starred in suddenly go viral, forcing the two exes to reunite. Despite lingering resentments, Ung and Yeon Su find themselves once again drawn to each other. But with unresolved issues and new love rivals appearing one after another, can these two ever rekindle what was lost that one beloved summer?

During the most turbulent era in South Korean history, a star crossed romance blossoms between two university students. 1987 was a time of political upheaval in SoKor, with student protests and government suppression running rampant. This is the backdrop of Eun Young Ro and Im Su Ho’s forbidden love story.

Young Ro (Blackpink’s Jisoo in her acting debut) finds an injured mysterious boy named Im Su Ho (Jung Hae In) hiding inside her dormitory. As she discreetly nurses him back to health, the two gradually fall for each other. However, Su Ho harbors a dark secret that will soon throw them into a world of pain and chaos. Words of warning : prepare your tissues, lots of them.

As a baby, Princess Dam Yi (Park Eun Bin) gets banished out of the palace in order to spare her from being killed. Years later, when her twin brother the Crown Prince Lee Hwi is murdered, she is brought back in to assume his place.

As Dam Yi starts living as Lee Hwi, she must act distant so as not to blow her cover. But things become complicated when she develops feelings for Jung Ji Woon (Rowoon), Lee Hwi’s tutor who also happens to be Dam Yi’s childhood crush.

If you like period romance mixed with mistaken identity trope, this show is for you.

Doom At Your Service

If fantasy romance is your thing, then this series is perfect for you!

Tak Dong Kyung (Park Bo Young) discovers she has a brain tumor and only 100 days left to live. That’s when she gets a visit from the God of Doom himself, Myul Mang (Seo In Guk). He promises to erase her pain if she signs a 100-day contract with him. Thus begins their star crossed entanglement that defies the will of heaven and will upend the state of the world forever.

Some people love slow burn romance, some like it hot and heavy. This drama is definitely for the latter.

Yoo Na Bi (Han So Hee) is a girl who’s been burnt too many times by love. Park Jae On (Song Kang) is a guy who enjoys flirting without the burden of a relationship. Nevertheless, from the day they meet, these two just cannot keep away from each other.

Nevertheless thrives on the smoldering chemistry between its gorgeous leads. Be prepared to blush, many many many times!

It’s cloudy with a chance of romance inside the Korea Meteorological Administration (KMA).

The workplace romantic comedy centers around weather forecaster Jin Ha Kyung (Park Min Young) and her junior meteorologist Lee Shi Woo (Song Kang). Unwilling to create noise around the office, the two embark on a secret romance. Naturally, hijinks and misunderstandings ensue. Throw in jealous exes, workplace conflicts, and muddy feelings – life at the KMA is as unpredictable as the weather they’re monitoring.

Sung Deok Im (Lee Se Young) lives as a court lady all her life. Nevertheless, she keeps dreaming of  freedom – impossible since court ladies are bound to the palace for life. Crown Prince Yi San (Lee Jun Ho), who would one day become King Jeong Jo, falls in love with her and wants to marry her. Unwilling to live a restrained life, Deok Im refuses despite finding herself falling hopelessly in love with the prince as well.

Based on the real life romance of Joseon Dynasty’s King Jeongjo and his beloved concubine, this is a story that is both heart wrenching and epic. Prepare lots of tissues because you will definitely need it!

That concludes our 2022 romantic K-Dramas recommendations. Hope you’ll find something to enjoy!

In this article:Romentic Dramas, Shows