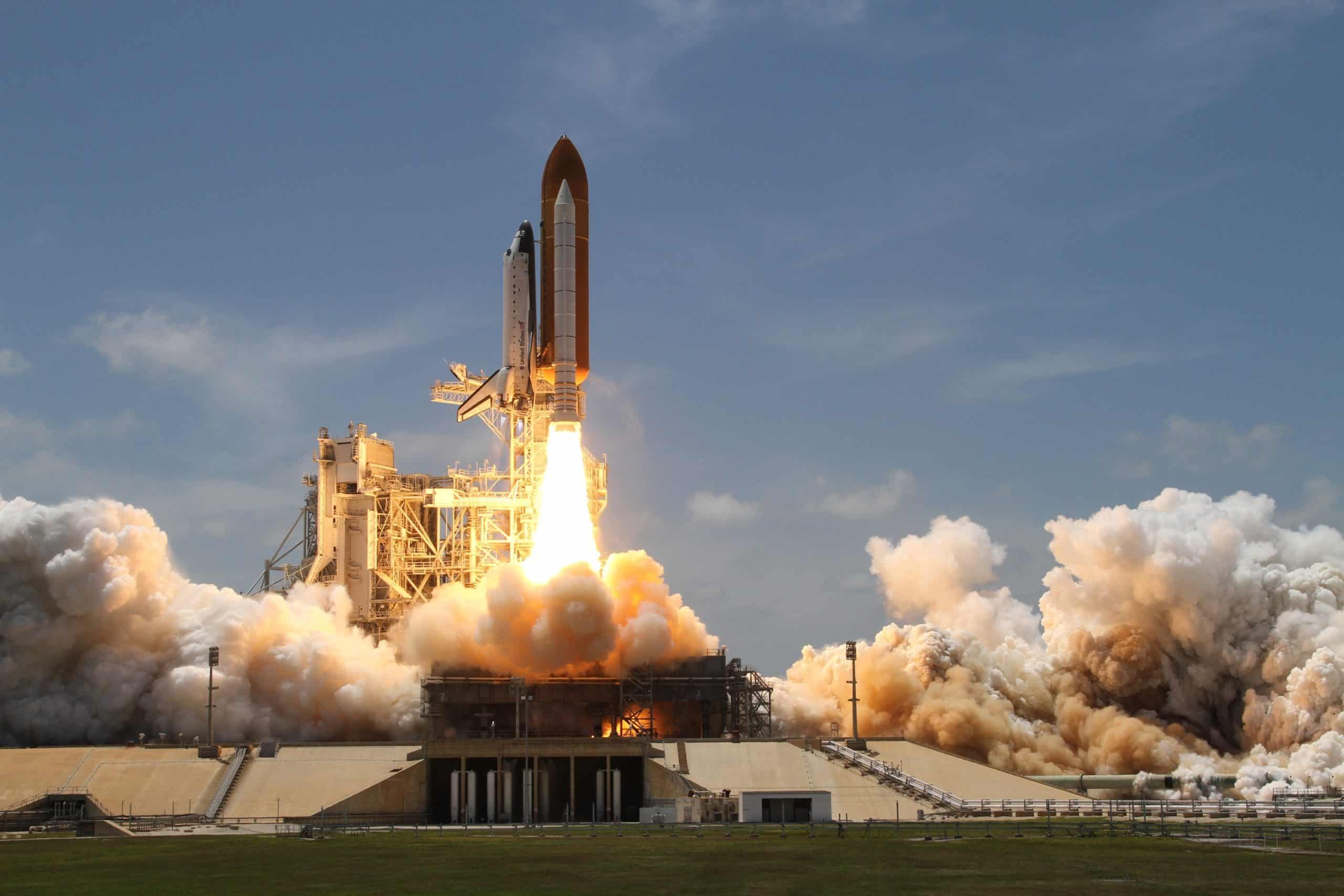 The decade 2010-2019 yielded plenty of surprises from almost every arena, including Science. Over the past 10 years, scientists worldwide have done a remarkable job of understanding, developing, and innovating medical, technology, physics, archaeology, and the cosmos surrounding Earth. All their efforts have resulted in many incredible discoveries and important milestones.

Owing to the rapidly changing world, these major scientific breakthroughs of the past decade can be easily forgotten. However, some discoveries of the 2010s are remarkable and had a lasting impact on the world that would be remembered for many years ahead.

Here we will help you to unleash your curiosity about these major scientific achievements. The Top 10 Club has prepared a list of top 10 exceptional scientific discoveries of the 2010s.

1. The CRISPR-Cas9 – The Gene-editing Technology

CRISPR is one of the impressive and revolutionary discoveries in the biotechnology arena, probably the scientific world. The CRISPR system discovery has consigned an entirely new kind of power into the human hands. It is a DNA editing system that helps scientists change, delete, and rearrange the genes of nearly any living organism, including humans, more precisely and quickly

The technology emerged from the natural defence mechanisms of some bacteria that naturally use Crispr-Cas9 as an immune system. CRISPR is a series of repetitive gene sequences chained to the Cas9 enzyme that acts as a pair of molecular scissors. The CRISPR-Cas9 system lets bacteria store snippets of viral DNA, perceive any future matching virus, and then break the virus’ DNA to ribbons. In 2012, researchers suggested that Crispr-Cas9 can be used as a powerful DNA editing tool. Since then, societies and laboratories all over the world have been working on the technology to make it even more precise, and make the most out of it.

CRISPR technology is used in many experiments, including the much-criticized formation of the first gene-edited babies in China, in 2018. Recently, researchers also used CRISPR in an attempt to remove HIV from the DNA of human cells.

Do you remember Einstein’s theory of general relativity? The theory that predicted gravitational waves based on the powerful collision between black holes happened 1.3 billion years back. The theory states when massive objects, warping space-time around them, are accelerated, they create gravitational waves that popple in the fabric of space and time, like wrinkles on the pond’s surface.

Einstein’s prediction proved to be correct by the U.S.-based observatory LIGO. In 2016, LIGO announced the discovery of Gravitational Waves. In 1970, the compelling signals of the waves emerged. However, everyone failed to detect them until 2015, when LIGO realized the aftershock of a distant crash between two black holes.

In 2017, three Americans won the Nobel prize in physics for this discovery. And many more gravitational waves have been detected since.

How does matter get mass? The solution to this was given by physicists François Englert and Peter Higgs, in the 1960s and 1970, in the form of a novel energy field that permeates the universe, called the Higgs field. This theorized field also proposed an associated fundamental particle -the Higgs boson for which the research continued.

In July 2012, the search ended when two groups at CERN’s Large Hadron Collider announced the discovery of the Higgs boson. The twin CMS and ATLAS detectors separately observed Higgs boson with a mass of around 125 to 126 gigaelectronvolts (GeV), each with a confidence level of 5 sigma.

It took four years, the world’s biggest machine and thousands of people to discover this most-wanted particle. And this finding has completed the Standard Model of particle physics by filling its last missing piece.

The Higgs boson explains the reason behind the mass of all other particles in the universe. The particle is responsible for all elementary particles’ mass and the existence of matter.

4. Denisovans- A New Addition To The Human Family Tree

The 2010s yielded some remarkable primogenitor discoveries. The decade started with adding a new ancestor to the human family tree. In 2010, researchers announced a human finger bone finding in the Denisova cave in Siberia, Russia, having DNA, unlike modern humans. They named the new species as the Denisovans after the name of the cave. This discovery seems interesting, but it has complicated our ancestral story by raising too many questions.

Further discoveries in the Denisova cave consisted of more remains of these mysterious species, including the finding of a hybrid with a Denisovan father and a Neanderthal mother.

Genetic research has also proposed that there are humans today having some Denisovan DNA.

The mysterious species is assumed to have ranged from Siberia to Indonesia; however, the only remains have been found in the Tibet and Altai region.

Archaeologist discoveries in the 2010s were interesting and remarkable, especially the finding of the body of King Richard III. In 2013, British historians and researchers announced that they found the remains of the last king of England beneath a car park–where there was a church in the late 15th century. The skeleton had wounds on some parts and also showed signs of a spinal curvature. The DNA of skeleton bones matched that of descendants of the king’s family.

Richard III was killed on 22 August 1485 at the extremely violent Battle of Bosworth Field. Some records suggest that the king’s body was buried at the Grey Friars church (now a car park) in Leicester.

‘Was Mars habitable?’ In the last decade, space missions have given us some answers to this big question. On 6 August 2012, NASA’s Curiosity rover landed on Mars. Curiosity then discovered rounded pebbles – proof that rivers flowed on Mars billions of years ago. The evidence then multiplied, indicating there was, actually, plenty of water on Mars- the surface was covered in lakes, hot springs, and maybe even ocean.

The decade has also given a sophisticated look at Mars’ carbon-based organic molecules that are necessary components of life. In 2018, NASA announced that Curiosity rover had discovered organic compounds on Mars, called the building blocks of life. At the same time, Curiosity also found a bizarre seasonal cycle in the red planet’s atmospheric methane levels.

Many medical breakthroughs have been seen in the 2010s, including the discovery of preventive cures for deadly diseases like EVD (Ebola Virus Disease) and HIV.

To redress the 2014-2016 Ebola outbreak in West Africa, public health officials and the pharmaceutical organization Merck fast-tracked an experimental Ebola vaccine called rVSV-ZEBOV. Following a highly successful field trial in 2015, European officials sanctioned the vaccine in 2019. It was a significant milestone in the fight against the life-threatening Ebola virus.

At the starting of the 2010s, we were aware of approx 450 planets beyond the solar system. However, with further discoveries, the number has increased to more than 4000. The most important findings include Proxima Centauri b in 2016- the nearest known exoplanet neighbour at a distance of 4.2 light-years from Earth.

The exoplanet Proxima Centauri b is assumed to have the potential to host life. This doesn’t mean that the exoplanet is sure to be habitable. However, the planet is situated in the habitable zone of its star, which means it orbits its star at a distance that would enable liquid water to be on the planet’s surface.

The chances of life survival on Proxima b were drastically reduced when scientists observed high-radiation superflares from Proxima Centauri exploding the exoplanet.

Black holes have been the biggest curiosity in the cosmic arena. We know they exist; however, they are also kind of invisible, as light can’t pass from beyond their event horizons.

In 2019, scientists announced a significant breakthrough in capturing a perfect image of a black hole. The Event Horizon Telescope- a global network of radio telescopes successfully obtained the first picture of a supermassive black hole and its shadow. The scientists described the black hole as “a monster” as it is three million times the size of the Earth. And it has a mass 6.5 billion times that of the Sun. It is located in the distant galaxy and is about 500 million trillion km away from Earth.

The image looks like a gleaming doughnut of matter surrounding a chasm of blackness; this is gas and dust encircling the black hole’s point of no return.

Researchers received the 2020 Breakthrough Prize for this discovery. Now, they are working to capture not just more images, but movies of black holes.

10. Face Transplant- The Complete One

Until 2010, it was possible to regain some of the damaged parts of the face. In 2010, a team of 30 Spanish doctors succeeded in the full face transplant of a Spanish farmer injured in a shooting accident. A 24-hour operation yielded the first full face transplant in the world.

The doctors removed the remains of the man’s face leaving just his tongue and eyeballs. The rest part was replaced by the full face of a dead donor. The man has regained 90% of facial functions.

These revolutionary scientific discoveries have left the world amazed and have gained immense praise. With the incredible scientists and researchers in every arena, we can anticipate more enthralling findings in upcoming years. And The Top 10 Club is keen to put those future discoveries in words for you.