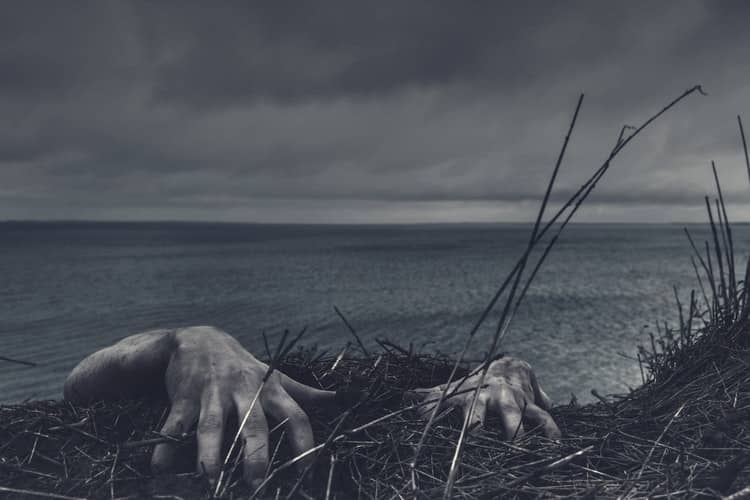 Are you bored watching horror movies? Didn’t they scare you enough?

How about experiencing the horror in real-time? Yes, you can. There are many places occupied by spirits and ghosts where you might be entertained with some paranormal activities. If you are venturesome and wish to witness the real fear or identify ghosts, then pack your bag for a haunted tour.

We have selected the most haunted places in the world that will make your blood run cold.

Here is the list to begin your spooky journey,

You will find beautiful though most haunted ruins of the fort city established in the 17th century. Bhangarh Fort, located in Rajasthan, 100 miles southwest of Delhi, is considered the most haunted fort in India.

The place is said to remain mostly unpopulated due to the curse cast by a dissatisfied wizard. His advances were spurned by a local princess called Ratnavati. He cursed the palace, condemning the residents to death, without any hope of renaissance. It is also believed that a local ascetic cursed the place as the shadow of the fort overpowered his property. And, if anyone tries to construct a roof for the fort, it will collapse.

The fort is believed to have spirits of the princess and wizard roaming around. Also, various strange noises are heard, and paranormal activities are spotted at the fort.

Currently, Bhangarh Fort is an archaeological site and is open for tourist visits. However, the fort remains closed between sunset and sunrise, as locals are convinced that anyone who visits the place never returns.

The Grade II* a listed building in Wotton-under-Edge, Gloucestershire, England, is said to be having several ghosts roaming there. The Ancient Ram Inn has been used for many purposes over the centuries. It was a pub, a former priest, a public house, and housing for masons and slaves.

Ancient Ram Inn is believed to be one of the most haunted places in the country. It has also been reported that a high priestess, ghostly children, and even an incubus wander in the building. Here, the ‘Witch’s Room’ is haunted by a woman burnt at stake in the 1500s. Moreover, a high priestess was detected sitting on a bed. Also, a monk in the haunted room and a Centurion was found. The excruciating screams of a girl often heard in the building.

The place is believed to be the scene of devil-worshipping and child sacrifice. The spiritual energy is from Stonehenge.

Currently, Ancient Ram Inn, despite being the most haunted place is featured on TV programs such as ‘Ghost Adventures’ and ‘Most Haunted.’

The Castle of Good Hope, AKA Cape Town Castle, is the oldest colonial building built by the Dutch East India Company in the 17th century. The Castle is considered one of the scariest places in the world with several famous phantoms.

The first ghost spotted at the Cape Town Castle in 1915 as the phantom of a tall gentleman was seen jumping off the side of the castle wall and then walking through the bastions Oranje and Leerdam. Another time, the Lady in Grey was observed running through the building, holding her face and crying frantically. However, the ghost of the lady has not been seen after her body was found during excavations. Many other paranormal activities were detected in the Castle, including a black dog ghost pouncing on unsuspecting visitors and the self ringing bell in the bell tower.

The Castle of Good Hope is a well-maintained 17th-century building and is now a famous tourist attraction.

Hell Fire Club was built around 1725 by an Irish parliamentary speaker William Conolly as a hunting lodge. The building is identified to be a haunted place due to several supernatural activities and figures. The club reportedly turned into a gathering place for Dublin elites who met for devil worship and debauchery.

Many stories are associated with the structure, including black masses, animal sacrifice, murder, and cloven-hoofed men. The most heard story is of a vicious creature who visited the place in the form of a man who was identified by one of the players when he was picking up a dropped card and noticed the guest’s cloven feet. On his identification, the creature vanished in a ball of flames. Moreover, there are tales about the big black cat who haunts the lodge. The most famous ghost at the lodge is of a young lady, who was believed to be put in a barrel, burnt, and rolled down the hill for fun.

At present, The HellFire Club is a famous stopping point on a trail through the Dublin Hills.

Not so far from Venice’s canals, this small island is assumed to be one of the scariest places that can scare someone out of a year’s growth. Poveglia Island has played several roles, such as a quarantine zone for Venetians infected by Bubonic plague whose dead bodies were burned on giant pyres. The island was also used for an insane asylum during the 1800s, where patients were tortured and experimented on. It was also used to be a storage space for Napoleon’s weapons.

Locals claim to hear bell sounds from the bell tower at the island where a doctor threw himself off. The scary part is the bell was taken out decades ago. Also, locals claim the island to be full of ghosts and unhealthy spirits. Screams and voices are often heard from the island. Some visitors have also reported observing dark, fleeting shadows. While many people say they feel an instant, oppressive evil when they step on the island.

Nowadays, Poveglia Island is completely abandoned and prohibited to most visitors. An Italian businessman now owns it. Even if you are permitted to go to the island, you will hardly find anyone to take there as locals are afraid to step foot on the cursed island.

La Recoleta Cemetery is one of the beautiful cemeteries and most haunted places in the world. The ancient cemetery is situated in the Recoleta neighborhood of Buenos Aires, Argentina. It consists of ornately-designed tombs, graves of notable people, elaborate sculptures, fairytale grottoes, and mausoleums. The place has many haunted legends and horrifying stories.

One of the most popular stories is David Alleno, a gravedigger who was there for 30 years. He allegedly killed himself and was buried on site. Today, visitors report hearing a jangling noise of Alleno’s keys as his spirit walks the pathways at dawn.

Another famous tale is Rufina Cambaceres, a rich 19-year-old woman, the daughter of an acclaimed Argentine author. Her burial was postponed due to heavy rain, and the groundskeeper came back to the tomb to lay her and wait for clear weather. The man spotted Rufina’s coffin lid ajar with scratch marks inside it. It is believed that Rufina had been buried alive, and woke in her coffin after experiencing ‘catalepsy.’

Though it is a functioning graveyard, La Recoleta Cemetery remains a famous destination for tourists and locals.

A Completely abandoned town of Jazirat Al Hamra to the south of the city Ras Al Khaimah in the United Arab Emirates is believed to be occupied with ghosts and haunted activities. Before suddenly abandoned in 1968 due to alleged tribal conflicts or the changing tides, Jazirat Al Hamra was a flourishing pearl fishing village. The town is said to have some resident spirits.

Locals believe that spiteful djinns haunt the ruins in the form of animals who wander the dirt roads. Also, visitors often hear weird noises and see phantom amongst the mud-coral houses.

Currently, the place is used by Hollywood directors as a film set.

The giant 153-year-old hotel has spirits and ghosts as its permanent guests. The Langham Hotel is one of the finest five-star hotels in London despite many ghosts haunting it. Several well-known personalities have visited the hotel and had a terrible experience during the stay.

Reports have suggested the presence of at least five ghosts in the 500-room establishment. However, you could potentially find any number of spirits given the size of the hotel. You may come across one of Langham’s most famous ghostly guests, the first president of France, Napoleon III, or a German nobleman who did subside in the same hotel. The room number 333 is assumed to be the most haunted of all, so be wary while booking.

The ghosts are so active at Langham; they chase away a few English national cricket players in 2014, who experienced sudden lights and heat, and an unexplained presence in the night.

Despite the existence of the spirits, Langham remains one of the most iconic hotels in London.

You may have heard about many haunted houses, but Carl Beck House is the most popular. It is a big, picturesque county house built by Carl Beck, a Canadian lumber magnate. After the death of Carl’s wife, his eldest daughter Mary took the responsibility of household and younger siblings. Despite upbringing younger siblings, Mary received only a single dollar in her father’s will. And the rest of the property was split amongst the siblings.

Today, a disgruntled female ghost–without doubt Mary, is said to be appearing in the upstairs windows. Guests staying at Carl Beck House have also noticed a suited-up man chased by an angry woman in dark-colored attire.

If you are looking for a haunted stay, Carl Beck House could be the right choice. You can rent the house and stay there to explore paranormality.

Chaonei Church, also known as Chaonei 81, was the North China Union Language School teaching Mandarin Chinese to missionaries from the West. Though the exact origin of the building is still unclear, it is well-known for its ghostly stories.

One gruesome tale about Chaonei Church’s origins proposes it was the residence for a Chinese National Party official in 1949. It is believed that the government official’s lover who killed herself after their break up roam in the house. Also, there are ghosts of three drunk construction workers who shattered into the building. Strangely, the temperature of the building is spotted to be much colder than the rest of Beijing.

The building is still abandoned and left undisturbed by the citizens.

Have a Haunted Tour!

Given their haunted stories, you may don’t want to visit these paranormal places. Still, if you’re going to explore the truth, we wish you the best luck and a happy haunted tour!