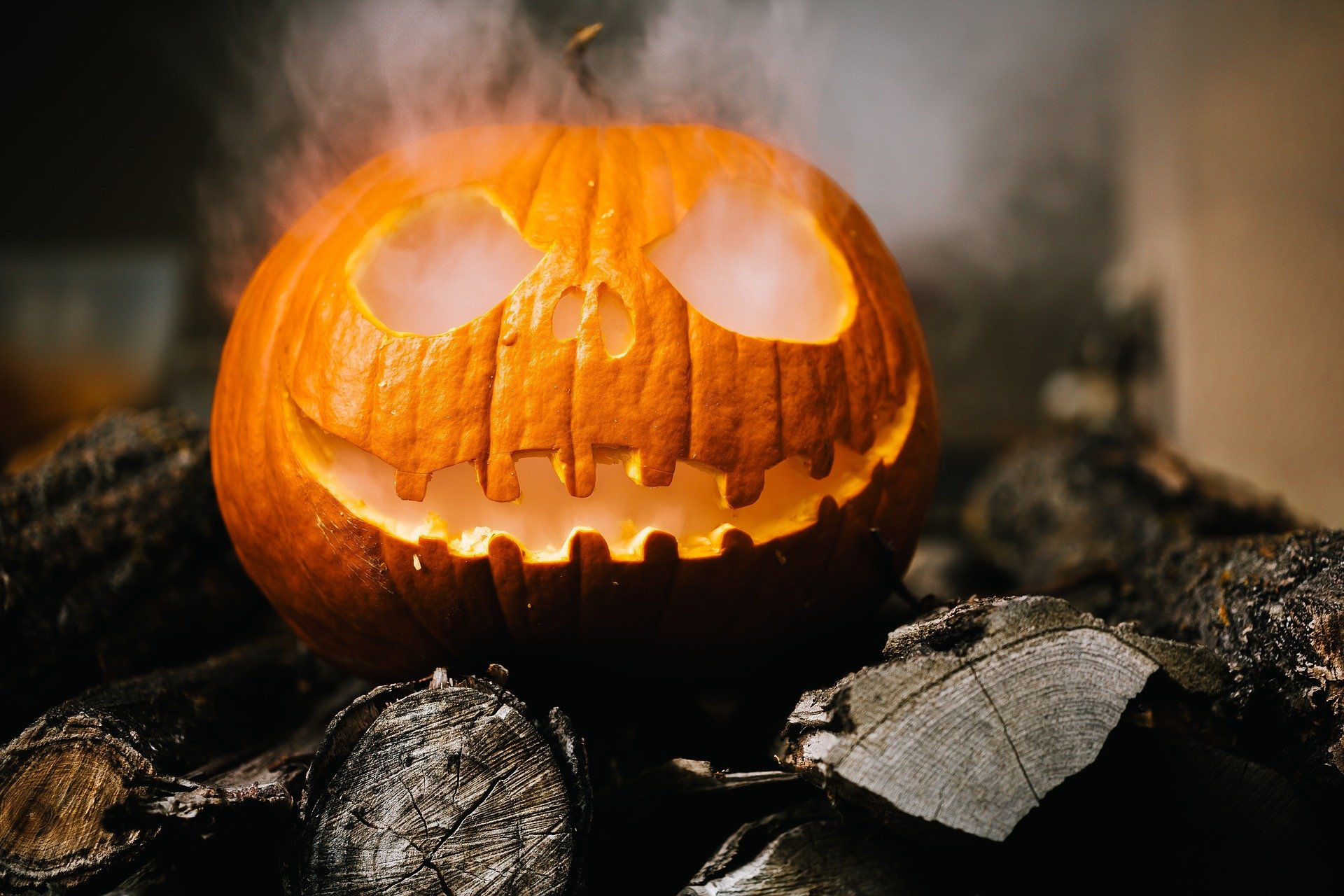 Logically, we should be avoiding things that induce fear. And we do.

But, can you avoid watching horror movies? Of course not, “horror” is one of the most favorite genres of all of us, all the time. We want movies with a max level of horror. The more frightening it is, the more we enjoy it.

Finding out those most horror movies amongst a wide array of options is quite troublesome. Thousands of horror movies have been made till the date. Some you have already watched while some are not scary enough for you.

We have decided to provide you a list of most horror movies to save your time and make your weekend entertaining and scary enough. The list includes scariest movies of all the time that will scare you out of your senses.

Watching zombies is an incredible experience, obviously in movies only, especially the ones like Dawn of the Dead. It is an excellent horror movie of 1978 based on a Zombie apocalypse.

Following the zombie epidemic, two personnel from a T.V. station Stephen (David Emge) and Francine (Gaylen Ross) plan to steal the radio aircraft to move to Canada in a quest for a safer life without zombies. Stephen, his pregnant girlfriend, and Philadelphia S.W.A.T. team members set off in a helicopter, searching for a safe place. Their search gets them to a secluded shopping mall, which becomes their shelter, not zombie-free, yet secure. After several months the government collapses, and a large portion of the population turns into zombies.

The gripping story, well-drawn characters, and horrifying scenes make Dawn of the Dead one of the best classic horror films. If you have been a fan of the Zombies/horror genre, this is a must-watch for you.

A bed is meant to be secure and safe, but not in A Nightmare on Elm Street movie where razor-sharp blades are ready to plunge through the bed and kill you at any given moment.

The story revolves around four teenagers living on Elm Street in the fictional town of Springwood, Ohio. They are being tormented by a burnt killer Fred Krueger in their dreams.

Fred Krueger is a monstrous spirit of a killed child murderer who seeks revenge by entering the dreams of teenagers whose parents were accountable for his untimely death. Nancy and her friends try to stay awake with caffeine or loud music to avoid Fred invading the dreams, and stay alive.

A Nightmare on Elm Street is 80’s best classic horror movies with a pack of suspense, drama, and frightening scenes.

Everyone loves playing games. But not the deadly games especially accompanied by a notorious serial killer. However, you would surely prefer and enjoy watching this thrilling scenario. Saw is one of the best horror films in 2004, with a fascinating story revolving around a deadly game.

Adam and Dr. Lawrence Gordon, two strangers, are awake in a room and find themselves as pawns in a fatal game executed by an infamous serial killer. Both find a tape in their pockets, and Adam gets a recorder. The game starts with the taps assigning tasks to both. Adam’s tape invokes him to escape while Lawrence’s tape asks him to kill Adam until six o’clock else his family will be killed, and he will be left to die there. The strangers must get out of the place before time runs out, else, they will deal with the deadly consequences.

The film creates a terrifying atmosphere and includes plenty of frightening scenes that bombard your eyes. Also, you will find the best twist ever you have seen in a horror film.

28 Days Later is another towering zombie-based horror film taking the zombie genre to the next level. If you would like to have a flashback of your worst zombie nightmare, then 28 Days Later is a must-watch for you. It is a British post-apocalyptic horror film released in 2002 that portrays the terrifying story of a deadly virus outbreak throughout the U.K., destroying society.

A group of animal activists releases chimpanzees infected with the contagious virus in a laboratory in Cambridge. The virus quickly spreads among the population and results in a societal collapse. A handful of survivors cope with the vast destruction and search for a sanctuary to avoid almost deadly humans infected by the virus. After twenty-eight days of the first virus outbreak, a bicycle courier Jim awakens from a coma in an abandoned hospital. He was attacked by zombies -humans infected by the virus while wandering through London. The survivors Selena and Mark rescue Jim and inform him about the virus outbreak.

From fighting against zombies to surviving through the epidemic, 28 Days Later exceptionally depicted four survivors’ journey.

When it is about serial killer based movies, Scream is a must-watch. It is one of the thrilling mystery horror films released in 1996. The story goes around a teenage girl and her friends who become the target of an insane serial killer in a Halloween costume called Ghostface.

After her mother’s death, Sydney Prescott -a high school student and her friends start getting strange phone calls. They identify that the calls were coming from a mysterious serial killer, who is seeking revenge. The killer terrorizes the girl and her friends with horror films as a part of his deadly game. “What’s your favorite scary movie?” -the favorite question of the killer adds a whole new level of triller to the movie.

If you haven’t seen any teenage horror movie yet, then Scream should be the next in your watchlist. It is an incredible teenage horror slasher movie in the ’90s that will make you scream out.

A movie with scares and a little fun in between to release the fear is the best option to watch. The Cabin in the Woods is one of the best horror-comedy films with an interesting plot and remarkable direction. The movie portrays five friends who go on vacation at a remote forest cabin where they discover the weird truth behind the place.

The five teenagers, Chris Hemsworth, Kristen Connolly, Anna Hutchison, Jesse Williams, and Fran Kranz, head off for a secluded cabin in the woods. During their vacation, the youths experience horrors and become victims of backwoods zombies, one by one. However, there is yet another terror factor to play. They discover an odd collection of curios and relics. One of the women Dana reads a book and awakens a deadly zombie killer’s family. And there is far more ahead than come across. Two scientists Bradley Whitford and Richard Jenkins, manipulate the grisly happenings, but the number of bodies keeps rising.

Though it is another addition to Zombie movies in this list, you must watch it for its creative story and outstanding direction.

If you haven’t watched any vampire based film for long, then you must watch Let Me In. It is a remake of the Swedish movie Let the Right One In which is based on the novel by John Ajvide Lindqvist. Though it is a remake, you get to see many surprises in the movie that keeps throughout the end. It is not just scary but is much more than that.

Let Me In tells the story of a twelve-year-old boy Owen who is lonely, outcast, and bullied by his classmates. Owen befriends the same-age next-door female neighbor Abby who appears only at night in the playground. Abby’s Father is a serial-killer and drains victims’ blood to provide Abby as she is actually an ancient vampire. Owen soon recognizes that Abby is a vampire. He is in love with the girl, and at the same time, fears her.

Apart from an interesting plot, Let Me In has excellent cinematography and jaw-dropping climate, making it a worth watching horror film.

How can we forget monster movies when it is about the horror genre. If you have been a fan of monster films, then Troll Hunter must be on your list. It is a 2010 Norwegian dark-fantasy horror movie portraying a group of students investigating the mysterious killing of bears.

Following the death of bears in Norway, a trio of students(Johanna, Thomas, and Kalle) from Volda University embark on an investigation. They begin to stalk a mysterious hunter Hans with an intent to find a reason for the killings. Hans tries to the runway but later agrees to let the youngsters film in action on a condition that they will follow his orders. Soon the group discovers that he is a troll hunter hired by a secret government agency. Several menacing dangerous trolls have fled from their territory, and Hans is assigned to wipe them out.

Troll Hunter is a film with a lot of action and gore that keeps you interested and curious. It has a great blend of horror scenes, Norwegian fairy tales, incredible special effects, and beautiful natural facets.

Birds killing humans, isn’t it sound strange? It is, and The Birds would let you know how it may happen. Though it is one of the oldest films, it has all horror elements to make you scary enough. The Birds is an American horror movie of 1963, highlighting the story of a series of unexpected and unexplained brutal bird attacks on the residents of Bodega Bay, California.

A lawyer Mitch Brenner comes across an affluent San Francisco socialite Melanie in a pet shop and plays a practical joke. To return the favor, Melanie Daniels stalks Mitch to a small Northern California town Bodega Bay. However, soon after her arrival, the birds in the region start to act strangely. Melanie becomes a victim of a bird attack while crossing the bay in a small bot. Following this, birds in thousands and more attack anyone they find outside. With the unexplained, vicious bird attacks, survival becomes the priority of residents.

Director Alfred Hitchcock is mostly known for his exceptional suspense movies, and The Birds is one of them. It is a truly enigmatic and fascinating movie giving you a big puzzle to solve.

If you don’t mind having nightmares, then R.E.C. is the movie for you. It is a kind of horror film that may haunt you for weeks. R.E.C. is a 2007 Spanish found-footage horror movie focusing on a news reporter and her cameraman covering a night shift at the fire station in Barcelona.

Late-night TV host Angela and her cameraman Pablo are covering the firefighters on call to an apartment building. Spanish police seal off the building as an older woman is infected by a virus and starts acting inhuman. As the situation intensifies, some of the building’s residents show murderous and animalistic behavior. When following the emergency workers into a perilous apartment building, both Angela and Pablo are quickly trapped inside with something terrifying. The recording turns out to be a uniquely dramatic and horrifying T.V. report.

R.E.C. is simply a claustrophobic nightmare and, at the same time, a painfully believable and realistic story. The found footage package makes you believe in the story and feel the fear for a long time.

From monsters and zombies to haunted places, this is the list of best horror movies having the scariest elements to blow your sleep and get you nightmares. Whether it is Halloween or just a weekend chill time, this list could be a perfect entertainment package for you with a treat of horror.