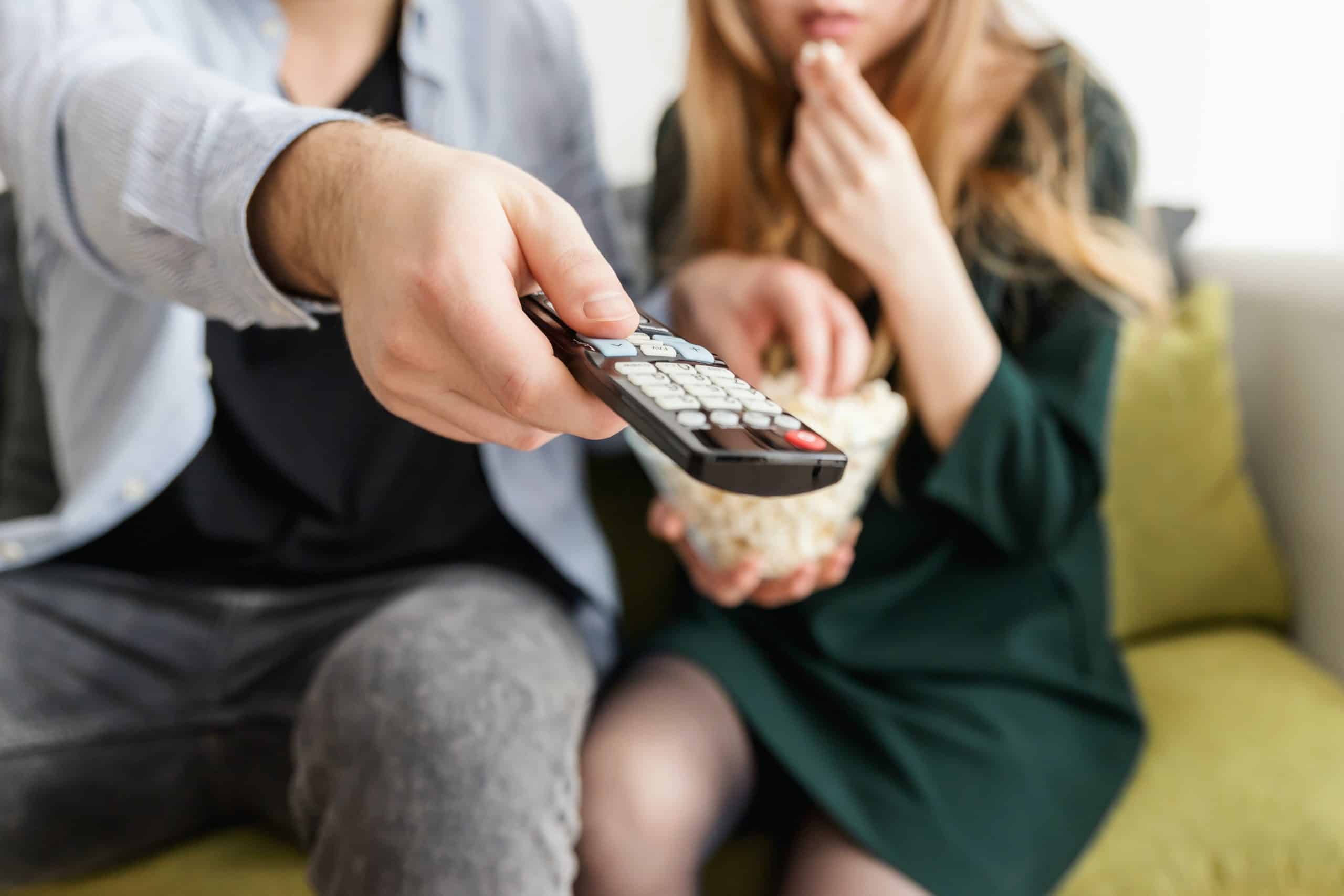 Between a long quarantine period and several weekends, you must have finished watching all the latest Netflix/Amazon Prime series. Then what’s next? What’s new to watch next? This may be a big question in front of you right now. And you are eagerly waiting for the latest and coolest stuff on your favorite OTT platforms.

Why should you wait for that, when you have such an amazing assortment of evergreen TV shows? Sometimes, just looking back and celebrating the greatest former TV shows is enough to save you from boredom and bring refreshment into your routine life. We have prepared a list of top 10 most loved, evergreen TV shows that will take you down the memory lane. While you may have watched some of these shows, it is fine to give them a watch once again.

The most awarded crime television drama that has defined a golden era of television. Following its premiere in 2008, Breaking Bad impressively acquired a big, passionate fanbase with its every new season.

Breaking Bad is a bold and singular drama portraying a high school chemistry teacher Walter White who is diagnosed with stage three lung cancer. Walter White lives in New Mexico with his wife and a teenage son who has cerebral palsy. Diagnosed with lung cancer, Walter has only two years of life and recognizes he has nothing to lose. He is determined to ensure a secure future for his family, which leads him to embark on a job of manufacturing and selling methamphetamine with one of his former students.

The series brilliantly highlights how a fatal diagnosis can impact a hard-working, common man and affect his morality. And this could be one of the many reasons to give a watch to this life-changing show. If you have been ignoring this television series for a long time, you probably need to think again. Maybe you would regret the inattention.

GOT is one of the best television series with massive popularity and an active, broad, and international fanbase. Whether you are a fan of the adventure-fantasy genre or not, Game of Thrones deserves a place in your watchlist. Reason? There are uncountable reasons, including its excellent story, character development, the actors, and standing out from the crowd.

You might know it is an American fantasy-drama TV series adapted from “A Song of Ice and Fire”- a series of fantasy novels by George R. R. Martin. Nine powerful families fight to take over the seven Kingdoms-the lands of Westeros, while an ancient antagonist returns after being dormant for thousands of years. In between, the last successor of a lately usurped dynasty plan to repossess their homeland from across the Narrow Sea.

Game of Thrones has a mesmerizing and gripping story written and portrayed with high perfection. The television series would drive your interest until the last season.

When it comes to crime-drama series, The Wire has its own place in the list. It is the best crime, a thriller television show with a gripping, realistic portrayal of bureaucracy, justice, and red-tapism. The Wire centers around a drug dealing organization of Baltimore’s city and its connection with law enforcement, in each season, while proceeding the storylines from the last seasons.

In the city of Baltimore, the Police Department investigates crimes. After a private conversation with Judge Daniel Phelan, Detective Jimmy McNulty embarks on the mission to lead a joint narcotics and homicide team and bring down drug kingpin Avon Barksdale.

The show perfectly depicts every person involved in the drug scene, from junkies to dealers, and from detectives to politicians. It covers an excellent story with a perfect balance between justice, crime, and politics. Simply put, the Wire is one of the binge-watching series of all the time.

It is always fun and pleasure to refresh your childhood memories, especially by looking back to the awesome animation shows. No realistic crime or action, a high-quality animation, and the gripping storyline were enough to keep you entertained.

It is one of the best-animated television series that centers around Chinese martial arts and the Asiatic-like world. The show portrays an Individual named Avatar who is extremely capable of bending all four elements and maintaining harmony between the world’s four nations- the Water Tribe, the Fire Nation, the Earth Kingdom, and the Air Nomads.

The ruthless Fire Nation wants to defeat the world, but the capable blender Avatar has disappeared. The tribe soon recognizes that Aang is the long-disappeared Avatar. Now Sokka and Katara are responsible for safeguarding Aang on his way to master all four elements and protect the world from the Fire Nation.

Avatar, the Last Airbender is a breath of fresh air with a gripping story, great action sequences, and light-hearted humor. Every episode is interesting and addresses friendship, humility, and bravery.

If you are considering rewatching Friends, then go ahead, as you will find the humor still fresh and character lively. And if you haven’t watched it yet, you must leave all the stuff and start watching Friends. It is one of the best sitcoms ever you can watch now and forever or whenever boredom, stress is hitting you. Every episode of Friends makes you laugh out loud, non-stop.

The American sitcom television series centers around six 20 something year-olds friends living in New York. Over ten years, this average group of friends suffers massive mayhem, fights, family trouble, laughs, future and past romances, tears, and surprises as they recognize what it means to be a friend.

From unforgettable characters to great comedy and some hurt-touching elements, you got every reason to binge-watching Friends.

If you wish to give a break to your monotonous watchlist comprising the same crime or violence genre, then The Office is best for you. It is a light-hearted and easy viewing TV show with a blast of comedy.

The Office is one of the well-liked mockumentary sitcoms on television. The mockumentary follows a group of employees experiencing hilarious misadventures at a mediocre paper company. Each day at this office consists of inappropriate behavior, ego clashes, and tedium. The series highlights the everyday lives of Michael Scott, a PA branch manager, and the office workers he manages. The unit follows the workers all the time and captures their bizarre and humorous happenings as they will do what needs to keep the company prospering.

The Office is an interesting and hilarious journey that you would wish to be a part of. Everything interesting happens in this office environment, and you must not miss watching it.

If you love the Sherlock series, then you will become a fan of True Detective. It is a dark, gripping, and mysterious American anthology crime-drama TV show with a big fanbase. What’s engrossing in the True Detective is the investigation itself. The television series revolves around police officers and detectives investigating the homicides who unearth some professional and personal secrets individuals involved, both within and outside the law.

In 2012, Louisiana State Police Detectives Martin Hart and Rust Cohle were asked to reinvestigate a homicide case they worked in 1995. When the current investigation develops through independent cross-questioning, the two ex-detectives recount the story of their previous investigation. They reopen the unhealed wounds and draw into the unsolved question of an unusual ritualistic murder in 1995.

True Detective requires you to be more thoughtful as each move of the detectives is very complex; while offers a quite real and raw feeling.

Very few science fiction shows could make a significant impact on television audiences. And Black Mirror is amongst those few. If you have been looking for an extraordinary Sci-fi drama, Black Mirror is the one for you. It is one of the best dystopian Sci-Fi anthology television series with an excellent storyline.

Black Mirror explores a modern society where humanity’s biggest technology innovations collide with darkest instincts. It highlights the unanticipated consequences of the greatest technologies when they backfire and work against their creators. Every episode is set in a bit distinct reality with distinct characters fighting against different types of technologies.

If you have been curious about the worst facet of technology, then you must watch Black Mirror. You will find the answers most interestingly and thrillingly.

A television series is a great means of entertainment, especially when you are at home with family. And family-shows like This is Us is a cherry on the cake. It is a simple, beautiful and heart-warming American family comedy-drama TV series being watched in many homes. This is Us is an emotional roller-coaster that you will enjoy thoroughly and remember for a long time.

The television series portrays the life of three siblings, their struggles, and their lovely parents. The triplets Kevin, Randall, and Kate experience distinct personal struggles at different stages of life as they strive to get over a calamity in the past and find happiness.

This is Us simply wins your heart with its touching storytelling; you will be crying and smiling at the same time.

We keep complaining about the lack of quality shows on television while ignoring the masterpieces like Community. Did you do the same? If yes, then it is time to watch Community as it is worth a chance.

Community is another best American television sitcom making you laugh out loud every single time you watch. The show portrays a suspended lawyer who is compelled to enroll in the Community College.

After noticing a fake Bachelor’s degree, Jeff Winger, a lawyer, is suspended by the state bar and forced to attend Greendale Community College. While trying to get with a student in his Spanish class, Jeff forms a Spanish study group. More students with diverse temperaments attend the study group, and the group turns into an unlikely community which leads to memorable and quirky encounters.

If you haven’t seen something different for a while, then Community would be the best television show.

Time to Refresh Your Watchlist!

Now you can think of upgrading your watchlist. Or you just need to refresh it as you may have already added these popular TV shows but have been ignoring them for a while. These television shows will keep you on the edge of your seat until the end. Hope you find the list helpful.